Zac Efron showed off his beefed up muscles on set of the upcoming film “The Iron Claw.”

The 35-year-old actor’s new physique was on display while he gears up to portray retired pro wrestler Kevin Von Erich.

Efron was photographed wearing only a blue towel while walking around on set looking noticeably more muscular. The actor also wore a bowl-cut longer wig for the role.

Zac Efron showed off a new physique as he was spotted on set of the upcoming film “The Iron Claw.”
(MEGA)

ZAC EFRON SAYS HIS ‘BAYWATCH’ BODY WAS NOT SUSTAINABLE, SUFFERED FROM ‘BAD DEPRESSION’ DURING TRAINING

Zac Efron was completely unrecognizable after undergoing a dramatic body transformation as he prepared to film swimming scenes for the hotly-anticipated movie, which features an all-star cast including Harris Dickinson, Holt McCallany, Jeremy Allen White and Maura Tierney.
(MEGA)

“The Iron Claw” will tell the story of the Von Erich family and the impact it had on the sport of wrestling.

This isn’t the firs time Efron has had to physically alter his body for a movie role.

The “High School Musical” star revealed he didn’t ever want to be in shape the way he was for “Baywatch” in a 2020 interview.

ZAC EFRON ADMITS HE NEVER WANTS TO GET IN ‘BAYWATCH’ SHAPE EVER AGAIN: ‘IT’S JUST STUPID’

“That was actually a really important time to do Baywatch because I realized that when I was done with that movie, I don’t ever want to be in that good of shape again. Really. It was so hard,” Efron admitted. “You’re working with almost no wiggle room, right? You’ve got things like water under your skin that you’re worrying about, making your six-pack into a four-pack. S–t like that it’s just not … it’s just stupid.”

Efron also spoke to Men’s Health about how the body was “unsustainable.”

“That ‘Baywatch’ look, I don’t know if that’s really attainable. There’s just too little water in the skin,” he said. “Like, it’s fake, it looks CGI’d. And that required Lasix, powerful diuretics, to achieve. So, I don’t need to do that. I much prefer to have an extra, you know, two to three percent body fat.”

Zac Efron is used to changing his body for movie roles. The actor maintained an unsustainable physique for “Baywatch” in 2017.
(Andreas Rentz/Getty Images for Paramount Pictures)

Efron told the outlet he felt depleted and struggled with “bad depression” during the intense training “Baywatch” required. Emerging from the 2020 pandemic, the actor felt he was ready to make a change to how he approached fitness.

“I started to develop insomnia,” he added in the magazine’s October 2022 cover story. “I fell into a pretty bad depression for a long time. Something about that experience burned me out. I had a really hard time recentering. Ultimately, they chalked it up to taking way too many diuretics for way too long, and it messed something up.”

Afterwards, Efron changed up his eating and sleeping habits in order to feel healthier.

Zac Efron previously said he didn’t want to be in “Baywatch” shape ever again.
(Joe Scarnici/Getty Images for AT&T)

Sun Dec 11 , 2022
AKRON, Ohio – Sewing and crafting have been lifelong passions for Akron resident Da’Shika Street. Now, the Central Hower High School alumna is sharing that passion with others through Street Craftery – a do-it-yourself studio for people of all ages in downtown Akron. Street’s journey from crafter to entrepreneur was […] 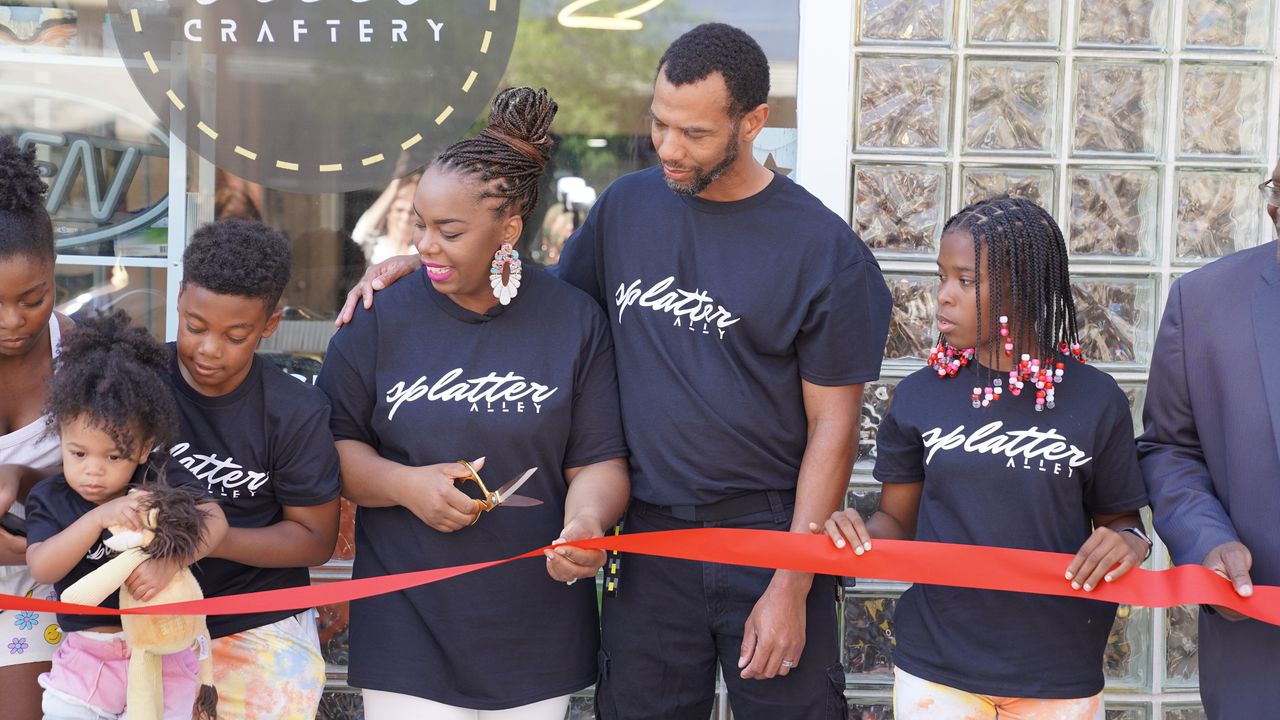