IndieWire turns 25 this year. To mark the occasion, we’re running a series of essays about the future of everything we cover.

It’s sport to make fun of the Oscars and, after April’s anemic pandemic show, there’s nowhere to go but up. But the Oscars are more than shallow red carpet glamour and awarding gold statues to entitled narcissists. With Hollywood studios no longer primarily invested in movies, the film industry’s ecosystem is at stake. We need a revitalized Oscars to save the kind of quality movies that only get made because the awards exist.

Oscars and their future have not been the primary focus Academy of Motion Picture Arts and Sciences of late. It’s placed much of its time, energy, and resources into the long-gestating Academy Museum of Motion Pictures, which finally — after long delays that included the pandemic lockdown — celebrated its September 30 opening with a series of costly galas. The museum is a delightful experience for any cinephile, no question, but its four gallery floors look into the rearview of the film medium. Representing “The Future of Cinema” is one hallway displaying a scroll of quotes from industry insiders.

With the Museum launched, Academy CEO Dawn Hudson and the Board of Governors face a myriad of tough questions. Like the BAFTAs, they’ve ably handled inclusion questions by actively enlarging and diversifying the Academy over the six years since #OscarsSoWhite. Those initiatives will continue as filmmakers interested in Oscar eligibility will also have to meet (reasonably flexible) inclusion standards.

While the return of mainstream features in theaters should expand the Oscar telecast audience (whose ratings, along with all award shows, decline), without the Oscars some of the industry’s best films will disappear. Here’s why, with candid input from some insiders who were only willing to share their thoughts anonymously.

A range of quality movies only find backing because potential awards (critics, guilds, Indie Spirits, Oscars) boost marketing and awareness of a low-key film that otherwise would not stand a chance. Oscar campaigns expand a movie’s audience.

“With all its faults, it’s still the standard we strive to hit when we are making films,” wrote one studio specialty film distributor in an email. “I compare it to sports. … There are issues with the way that teams get into the Super Bowl, NBA Finals, or the World Series, but we still want to see who wins! We still acknowledge their accomplishments.”

According to one New York entertainment lawyer, the Oscars have spawned an entire subset of movies: “Harvey Weinstein’s sole lasting legacy in this business, apart from his disgustingly piggish and criminal behavior, is that he is primarily responsible for creating the ‘Awards Film’ as a genre, not unlike horror and the rom-com,” the lawyer wrote. “Even though this genre of film doesn’t necessarily make sense from a financial standpoint, the prestige and bragging rights they bring to their studios/platforms, somehow justifies its existence and the insane marketing money spent to win. This phenomenon helps to protect an entire form of literary storytelling whose existence might otherwise be endangered. And we would all be worse off for that.”

They amplify the success of movies on a global scale.

Specialty distributors in the Oscar business such as Searchlight, Focus Features (“Promising Young Woman”), A24 (“Moonlight”), Sony Pictures Classics (“The Father”), Roadside Attractions (“Judy”), Neon (“Parasite”), and more need awards attention for their movies and the word of mouth that builds over a long run in theaters. While these distributors are finding other ways to make a living (Searchlight is delivering movies and series for Hulu), they need a vital Oscars in order to thrive.

They promote movies and moviegoing.

That means keeping arthouses open. Right now, all the indies are booking even their best movies (“Titane,” “Bergman Island”) for shorter runs on more screens. Bypassing the costly limited-release platform model and heading for the security of premium VOD will not sustain arthouses.

Last year’s slimmed-down and eccentric Oscars telecast obscured the Academy’s underlying mission: Promote the movies. That message is essential in pushing revitalized theatergoing around the world. It’s also a message that seems lost as Hudson focuses on transitioning the Academy to a streaming universe, softening theatrical-eligibility rules, and shutting down Academy screenings (citing pandemic protocols) in favor of the online screening portal (distributors pay $12,500 per Best Picture contender). It will be fascinating to see where the Academy rules settle, post-pandemic.

Hudson is friendly with Netflix co-CEO Ted Sarandos and brought him in as chair of the Museum board of trustees to replace scandal-tainted Universal boss Ron Meyer. While governor Steven Spielberg once led the anti-Netflix charge, he now has a deal there, along with half of Hollywood. Sarandos cares about the Oscars — and has a mighty awards team to prove it — because it’s the most powerful way to brand a movie and turn it into a must-see. He has been vying for a place on the board of governors. Call it ironic, but if anyone can figure out some smart solutions for saving the Oscars, it’s him.

Timothée Chalamet’s career took off after he was nominated for Best Actor for “Call Me by Your Name”; this year, he could be back with “Dune.”

Oscar perennials become quality brands, from record 21-time nominee Meryl Streep and runner-up Jack Nicholson (with 12), to recent arrival Olivia Colman. She been on a roll since she won for “The Favourite,” landing a nomination for “The Father,” and an Emmy win for “The Crown.” She could return with “The Lost Daughter” (Netflix). While having a hit TV show like “The Crown” builds worldwide fame, most stars still fantasize about winning the Oscar more than the Emmy.

The Oscars’ prestige is irreplaceable: It’s a seal of approval from 9,300 hand-selected members, representing 17 branches of the industry. Glamour is its own industry, of course, and the churning awards machine generates income for many. Ultimately, all that shiny stuff represents a singular goal: Get people to watch movies. When they are mainstream movies people care about, viewers tune in. Let’s see how the fall movies deliver, from “The Last Duel” to “House of Gucci.”

They represent the elite.

This is a double-edged sword. The Oscars need to stay classy and aspirational, but they increasingly alienate vast swatches of moviegoers who see them as simply representing woke limousine liberals. The board of governors often have blind spots when it comes to marketing themselves, and the Oscars. As they cater to ABC’s demands for a popular show with younger appeal, the board also makes dumbfounding rule changes — like not announcing all the craft categories, or Best Popular Film, requiring voters to be active — that generate so much blowback that they wind up reversing themselves.

Some Hollywood insiders think the Oscars should be more democratized. “The Oscars are only vital for the industry future if they can engage their widest possible audience in celebrating the cinema, finding ways to make it relevant to many, fun, inspiring and important to culture,” wrote one independent producer, adding that the awards “risk further alienating the public by continuing to feel self congratulatory, insular, and elitist.”

Hosting the show is now a social-media liability. With few hosts willing to take it on, the awards have been going hostless and losing a lot of pizazz in the process.

“It’s the big spotlight,” said director Paul Schrader (“The Card Counter”) on the phone. “We saw last year what happens when you put a dimmer on the big spotlight. It probably would have been better just to have a virtual announcement last year. It made made the awards feel small, which is death to the concept of the Academy Awards. We have to reassert its place as the big show.”

Schrader proposes two shows on two nights: one for episodic television, one for standalone theatrical movies. “It could double their appeal. Best Picture Episodic and Best Picture Feature. They have to do something to make them feel big and important again. Most people are watching ‘The Crown.’ That hurts. The Oscars have to find a way to accommodate that. I don’t think they have a lot of choice. They keep having diminishing returns. Somebody’s got to pay for the Museum.”

Thu Sep 30 , 2021
Quentin Tarantino is known for directing an array of films ranging from 1992’s Reservoir Dogs to 2019’s Once Upon a Time… in Hollywood. Throughout his time as a filmmaker, Tarantino has become known for showcasing feet in films, showing close-ups of many stars’ feet like Uma Thurman and Margot Robbie. […] 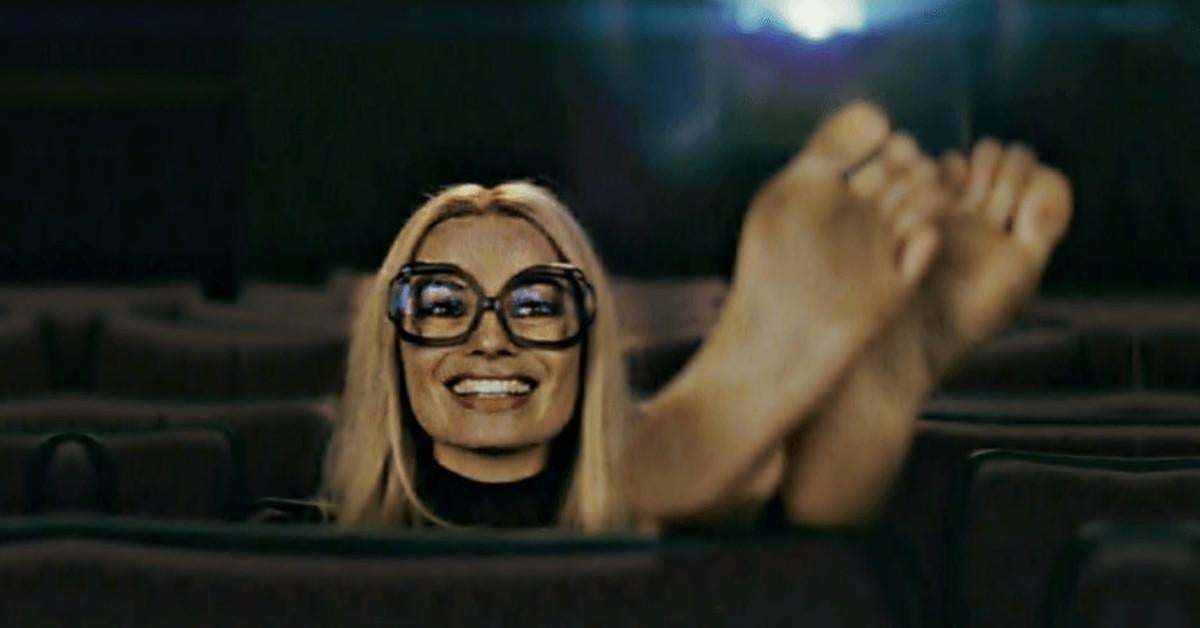 dental, health & fitness
We use cookies on our website to give you the most relevant experience by remembering your preferences and repeat visits. By clicking “Accept All”, you consent to the use of ALL the cookies. However, you may visit "Cookie Settings" to provide a controlled consent.
Cookie SettingsAccept All
Manage consent