With only two movies in the standalone “Venom” franchise, Sony has, without question, blessed us with the most outlandish movies in all of the Marvel IP.

2018’s “Venom” seemed like the latest comic book adaptation that would end up dead on arrival. Director Ruben Fleischer and its star Tom Hardy clearly weren’t on the same page in bringing the iconic alien Symbiote to center stage. It led to a movie that, according to its marketing, was a straight-up origin story of the classic Marvel villain when in reality it was a dumpster fire filled with outlandish moments (like Hardy’s Eddie Brock character diving into a lobster tank in the middle of a scene) and flat jokes that you couldn’t help but laugh at just for their sheer awfulness.

But to the shock of many, “Venom” was a huge hit. Now it’s time for the sequel, “Venom: Let There Be Carnage.” Did Hardy and new director Andy Serkis double down on the wackiness?

Let me put it this way, back when I wrote a review for the first one I mentioned “if the whole movie was Eddie and Venom arguing about the ethics of biting people’s head’s off… I would be the first in line for that.”

Well… they went and made that movie!

Though the big tease in the end credits of the first movie was that Eddie/Venom would next be up against Cletus Kasady/Carnage (Woody Harrelson), in reality, a lot of “Let There Be Carnage” is Eddie and Venom bickering at one another about why Venom can’t just go out and eat everyone in sight. It leads to Eddie and Venom getting into a big fight and Venom leaving Eddie’s body and setting out on its own.

Yes, there’s Harrelson diving back into his “Natural Born Killers” days to play psycho Cletus Kasady, but that’s just filler. What I really want is the sequel to explore Venom’s emotional core (I’m half-joking here… but they really do that!). As Venom sets out on his own, disposing of host bodies left and right that can’t keep up with him, we follow him to a rave where we learn he might be gay and, while draped with glow-in-the-dark necklaces at the party, he declares that he finally feels seen. However, it’s clear what he really wants is to be back with Eddie again.

I never thought I’d get “The Odd Couple” out of a Marvel movie, but here it is. That’s why I can’t get enough of this burgeoning franchise that seems to be unlike any other being made by a mainstream studio.

Yes, most of it makes no sense. Yes, the writing is awful. Yes, it looks like Michelle Williams has no clue what movie she’s in (she returns as Eddie’s forming fling, Anne Weying). But sitting in a dark theater with strangers laughing at whatever this is on screen — it just seems to work. It also doesn’t hurt that the movie has a lightning-paced 90-minute run time.

It’s almost like instead of Hardy (who shares a story by credit with screenwriter Kelly Marcel) taking this moment to make himself into a bigger movie star than he already is by taking the Venom character and making up a simple story that would take him to box office glory, he decided instead to burn everything to the ground that makes a franchise successful and use the ash to formulate a new kind of offbeat formula that will make him equally famous.

I can’t wait for my next experience with Venom.

Gulfport to kick off weekend full of entertainment 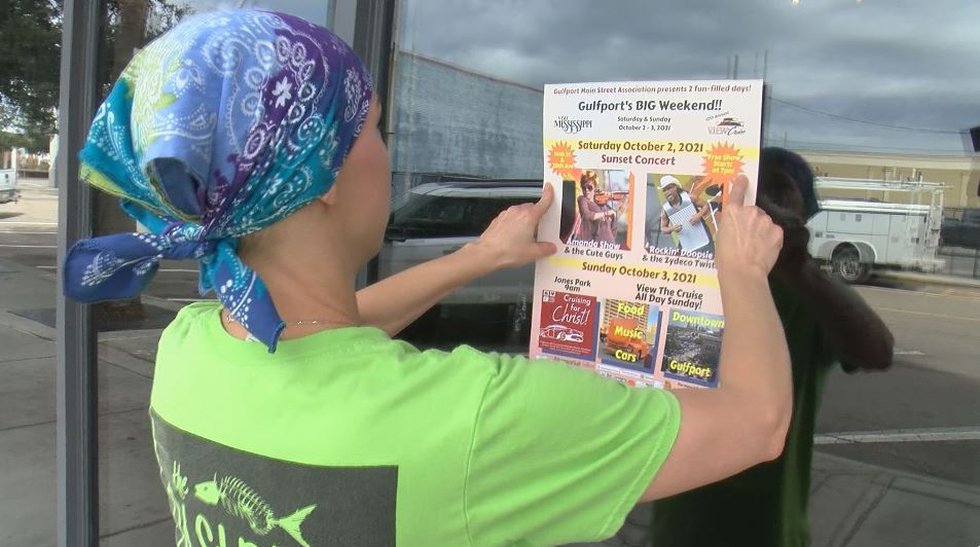