Variety won 22 National Arts and Entertainment Journalism Awards at a ceremony in Universal City Sunday night, including a staff win for for entertainment website of the year. The 22 trophies represented the most scored by any publication at the event.

Also scoring top honors were deputy music editor Jem Aswad, winning online journalist of the year, and Elizabeth Wagmeister and Clayton Davis, co-hosts of “Variety’s The Take,” as anchor/hosts of the year.

The 15th annual awards, presented by the Los Angeles Press Club for work in national and local publications from July 2021 through June 2022, were handed out at the Universal Sheraton Hotel’s Grand Ballroom.

Besides winning online journalist of the year, Aswad won for music criticism, as well as music personality profile for a cover story on Hitmaker of the Year Jack Harlow. He and Halperin shared a hard news award for a look into whether Travis Scott’s stage setup might have contributed to the Astroworld Festival’s death toll.

Willman won for personality profile, for a piece on musicians Robert Plant and Alison Krauss rejoining forces for a reunion album; soft news/arts for an on-the-scene report about the opening of the new Bob Dylan Museum in Oklahoma; and humor writing, for a satirical look at how Bruce Springsteen’s newly sold publishing could be exploited for ad licensing.

Aswad and Willman shared their fourth respective wins with Halperin, Tailor and Trakin on a group-reported look at Clive Davis’ history in the business on the occasion of the music mogul turned 90.

Besides sharing the top award for anchor/hosts, Wagmeister additionally won for commentary/analysis of TV for a piece on how Wendy Williams changed daytime television. Her third award, for celebrity news, was shared with co-writers Donnelly and Keslassy, for a piece questioning why tarnished celebrities like Woody Allen were still being celebrated at one of the Cannes Film Festival’s top gathering spots.

Gray, last year’s print journalist of the year winner, returned this year to win two awards: for diversity reporting, for a look back at Sidney Poitier’s legacy, and celebrity news, for a story on Guillermo del Toro’s “Nightmare Alley.”

Saval’s two awards were for obituary/appreciation award for her tribute to Jean-Marc Vallee, plus a commentary/analysis/TV trophy on the need for better screen representation of teen mental health.

Steinberg won the soft news/TV award for an exclusive report on how David Chase resurrected “The Sopranos” for a Super Bowl car commercial, as well as commentary/analysis/TV for a look into how the upfronts pushed ad technology more than television shows.

Ravindran won two awards in the diversity division. One was for diversity reporting on the film industry for a piece on how stars were calling out a lack of diversity in the U.K. film/TV business. A second award, for diversity in the TV/streaming industry, went to a story on women of color quitting the BBC; it was shared by her co-writer, Yossman.

Among other winners: Stephan won for best journalistic use of social media to tell or enhance a story for her work broadening the reach of a cover story on the Kardashians. Riley picked up film/TV personality profile for an interview with M. Night Shyamalan. And Saperstein won TV/movie industry feature under 1,000 words for a look at the series “Julia.”

Judges also awarded Variety an additional 49 second- and third-place awards, bringing the publication’s grand total of prizes for the night to 71.

Variety’s large number of awards — and subsequent volume coming from a table of staffers on hand at the Hilton — was duly noted by comedian Alonzo Bodden, who provides comic relief at most of the L.A. Press Club’s ceremonies. “They’ve been losing their minds over there,” said Bodden of the Variety contingent. “I’m gonna work for that one table.”

Five previously announced special awards were given out to celebrity guests during the ceremony. Byron Allen got the Impact Award, Ryan Seacrest received the Luminary Award, Marla Gibbs was honored with the Legend Award, director Jennifer Lee picked up the Distinguished Storyteller Award for film, and country star Tanya Tucker was the recipient of the Distinguished Storyteller Award (Music).

The L.A. Press Club hosts two awards shows each year, with its SoCal Journalism Awards being given out annually in June or July.

Tue Dec 6 , 2022
Black Panther: Wakanda Forever just brought the MCU’s Phase 4 to a close, and now attention is turning toward the movies confirmed for Phase 5 and Phase 6 as the Multiverse Saga builds to its Kang-tastic climax. Just months after Marvel Studios President Kevin Feige revealed the big-screen slate for […] 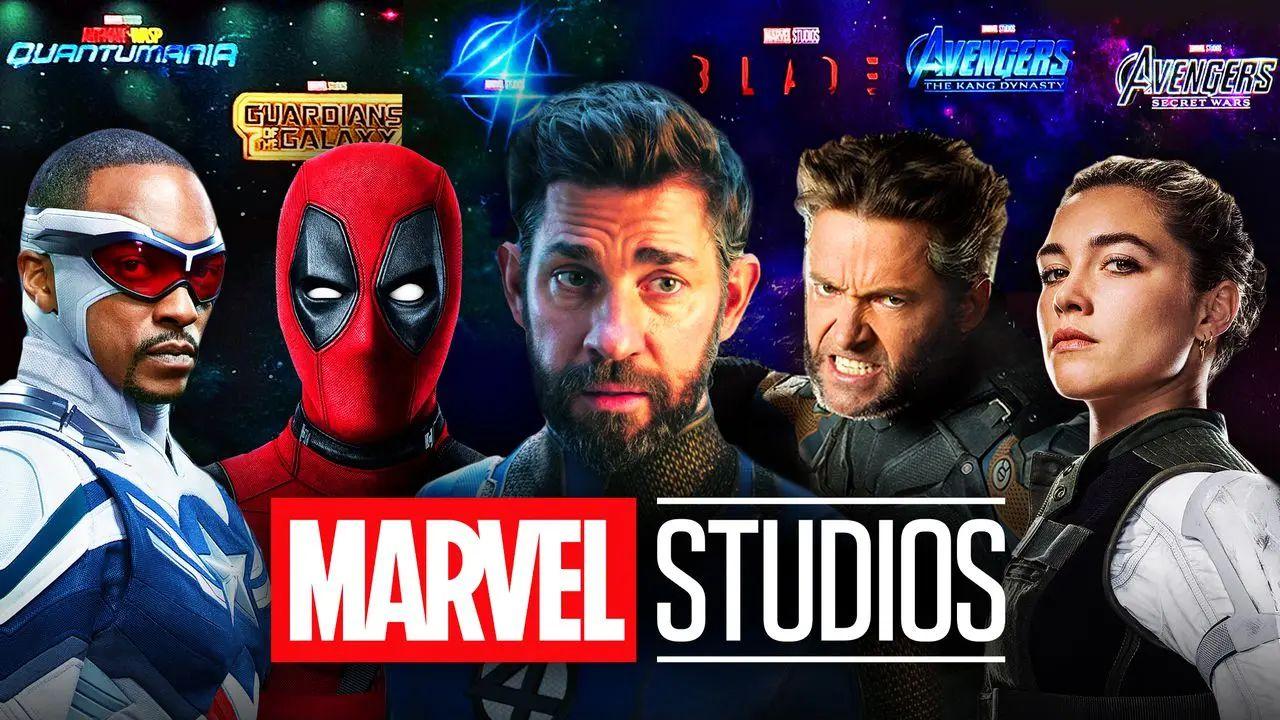