Architectural photography can offer viewers more than a mere facsimile of what’s in front of the camera. Photographer Nikola Olic has shown this through a creative approach by focusing on structural abstracts, alongside quotes that detail the story of each building he photographs.

From the outset, it can appear that architectural photography is not a likely genre to offer opportunities for the expression of creativity and individuality. However, Olic, originally from Serbia but currently based in Dallas, Texas, quickly found the appeal of this genre after taking a photograph of Frank Gehry building from the Brooklyn Bridge in New York City.

At the time, he thought the building facade was so unusual that he was unsure how his photograph would be perceived by the audience years later because of the building’s surreal design. This prompted Olic’s curiosity about architectural representation in photography and “poetic freedoms that come with it,” he tells PetaPixel. 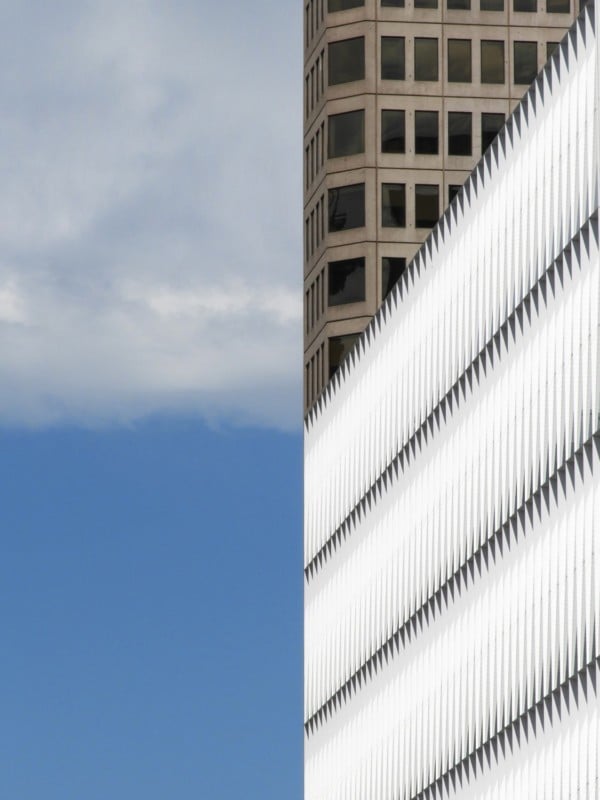 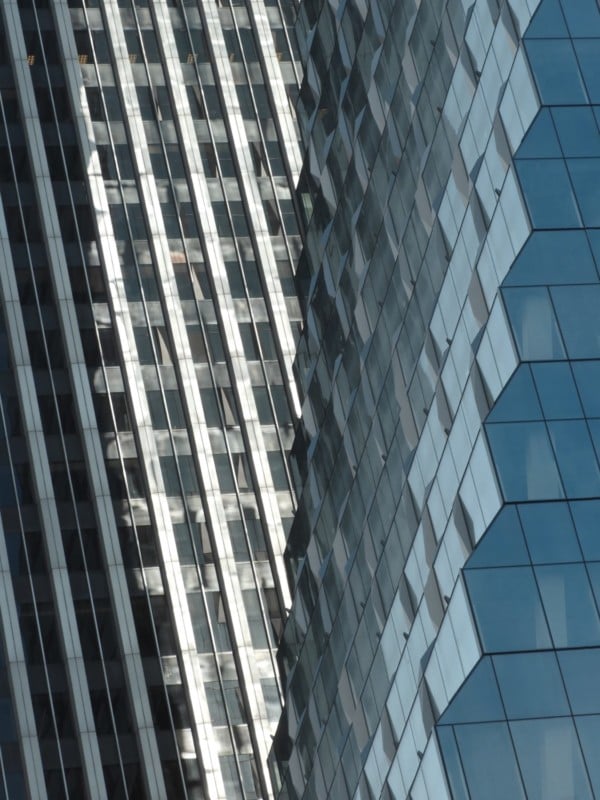 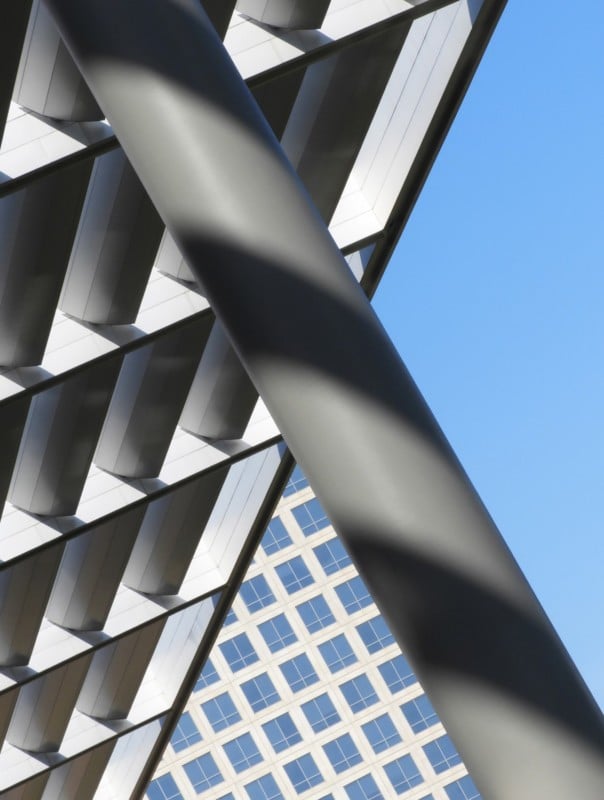 Although Olic’s work carries attention to detail and a sense of perfectionism, he doesn’t divide his photography into strict projects. Instead, it is all one body of work, which in turn brings him a sense of freedom and liberation.

At the moment, Olic has published only around 90 of his photographs, however, the work has appeared in numerous publications, galleries, private collections, public spaces, art events, museums, and more. His work was also mentioned in PetaPixel’s “Great Reads in Photography” this August. 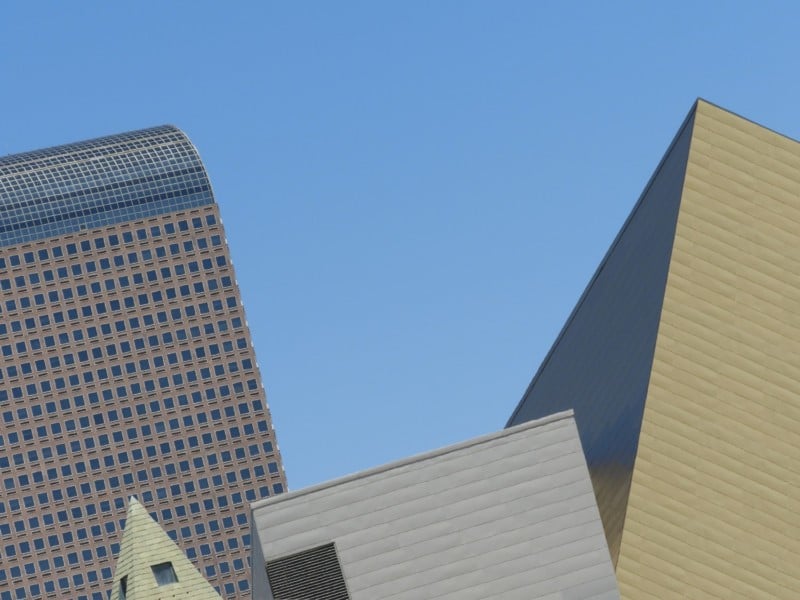 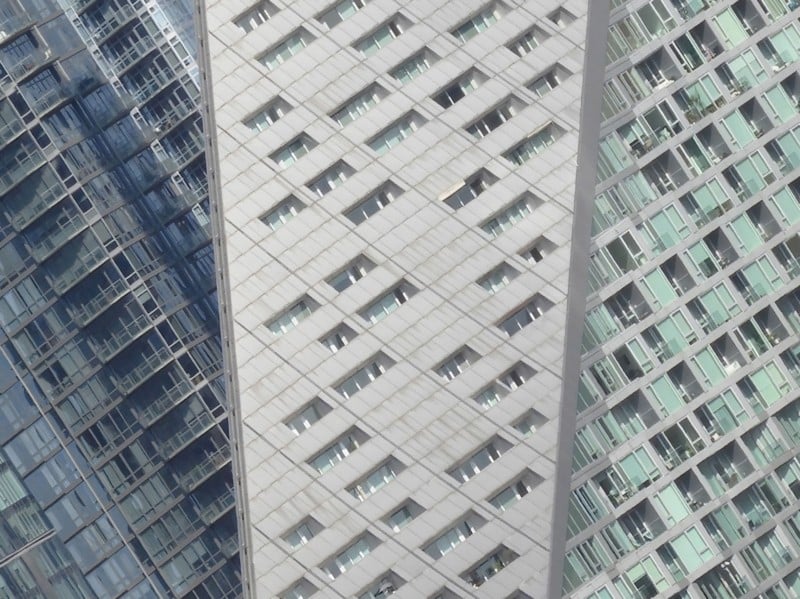 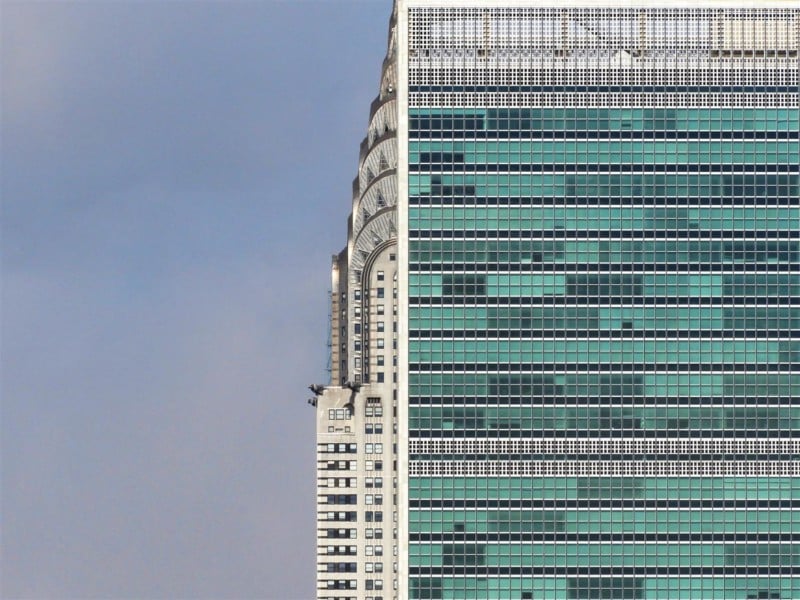 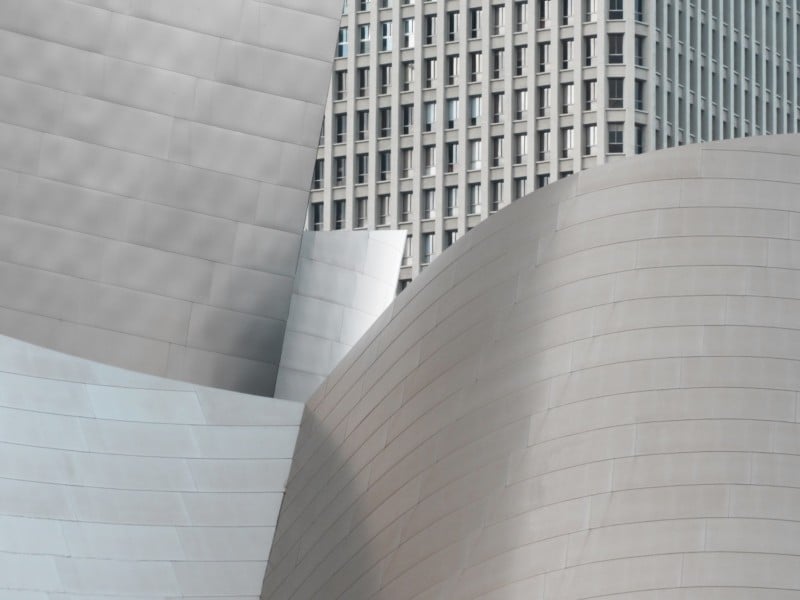 “All I need is time and space,” says Olic. “I need time to sit with the building and think about it, and I need space to be able to move around it, change the angle and the distance, see it with different light and surroundings. It is thrilling to consider how — with enough time and space — the static world right in front of us can morph, change, and be manipulated.” 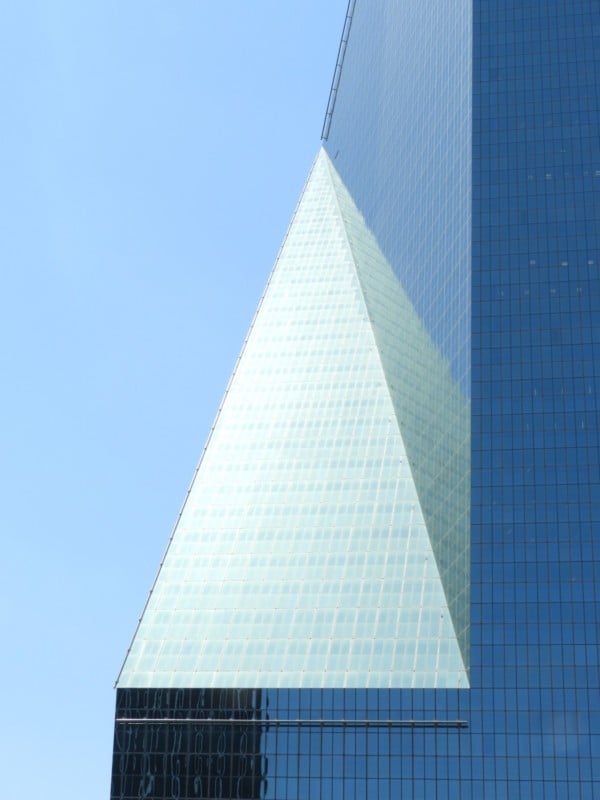 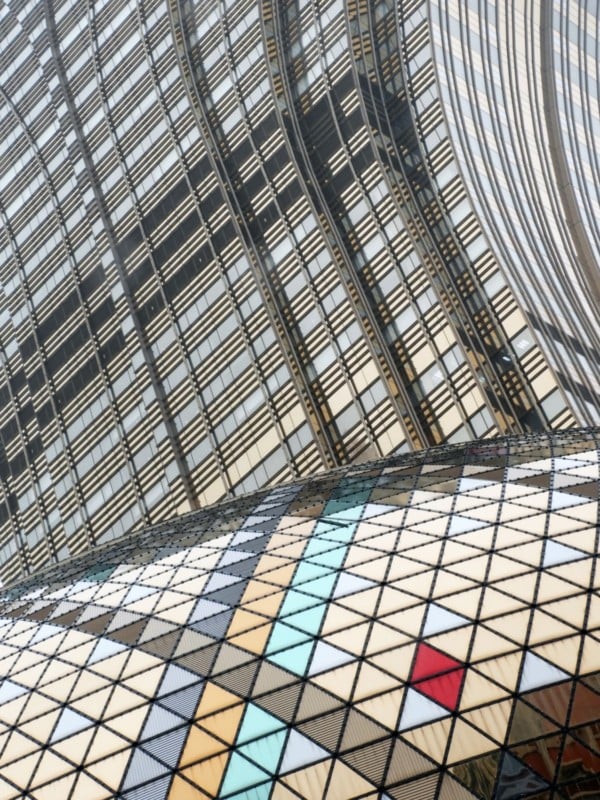 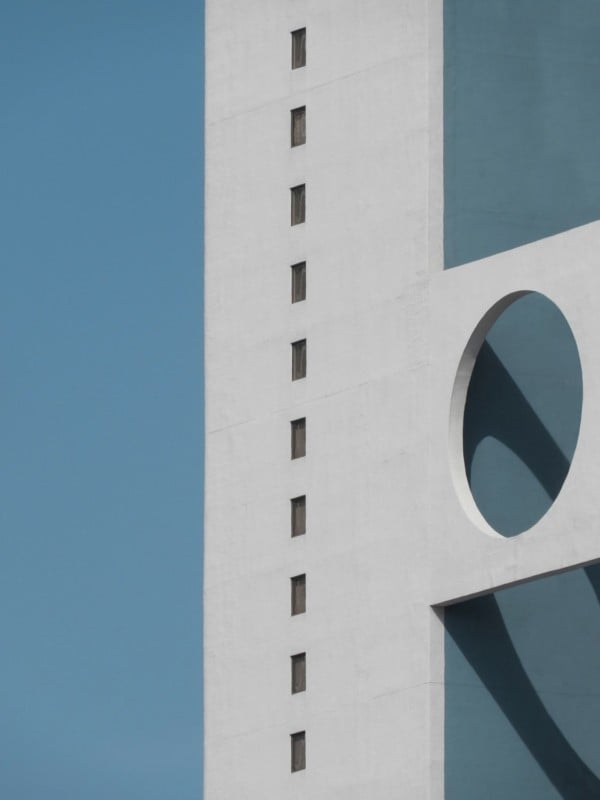 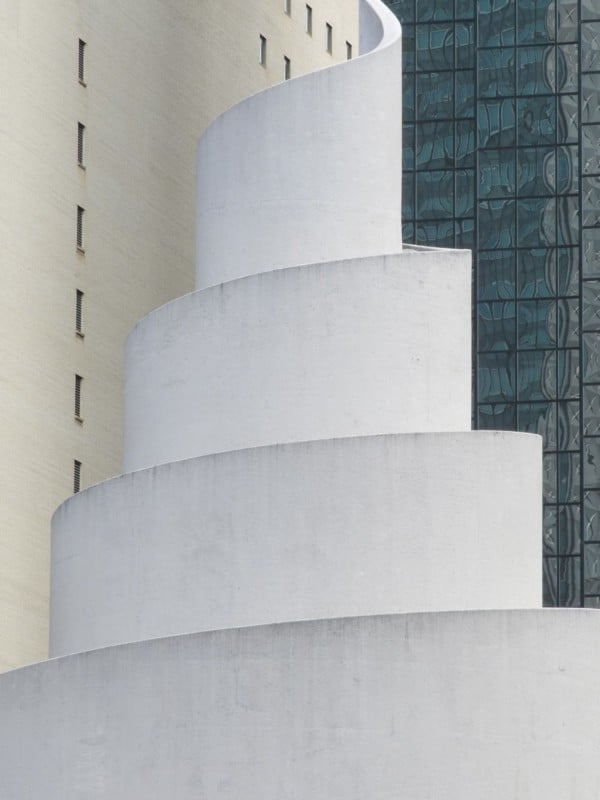 When Olic displays his work online, he adds a story with each one of them — a brief commentary about the structure being photographed, its name, and the location where it was taken.

For Olic, architectural photography provides visual elements that he feels he can use in different compositions without ever exhausting all of the options. “Architectural abstraction offers a new world of visual poetry,” he says. 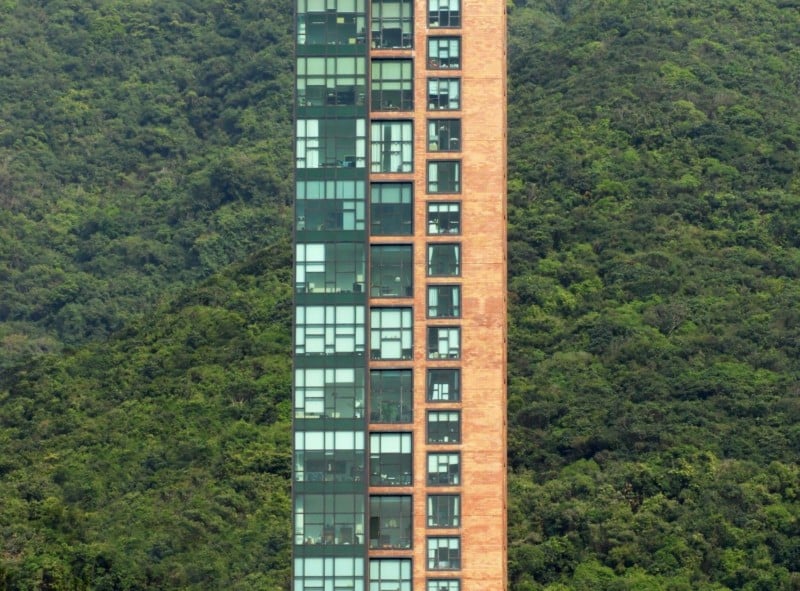 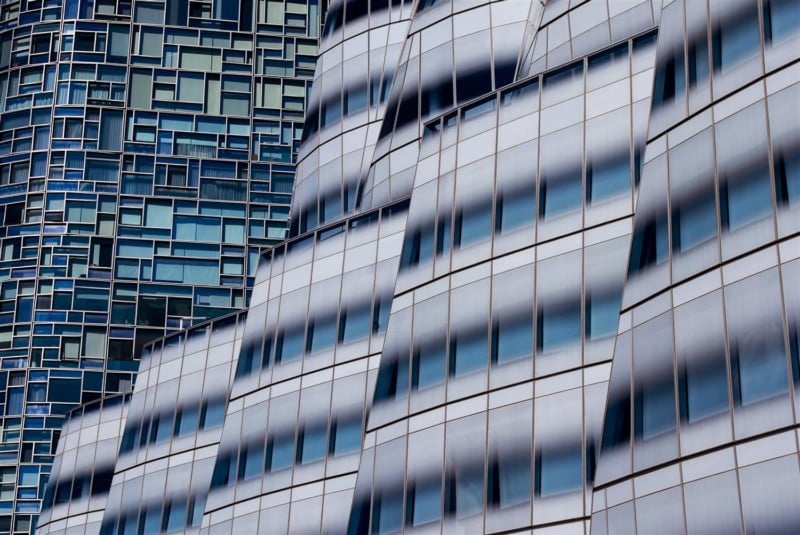 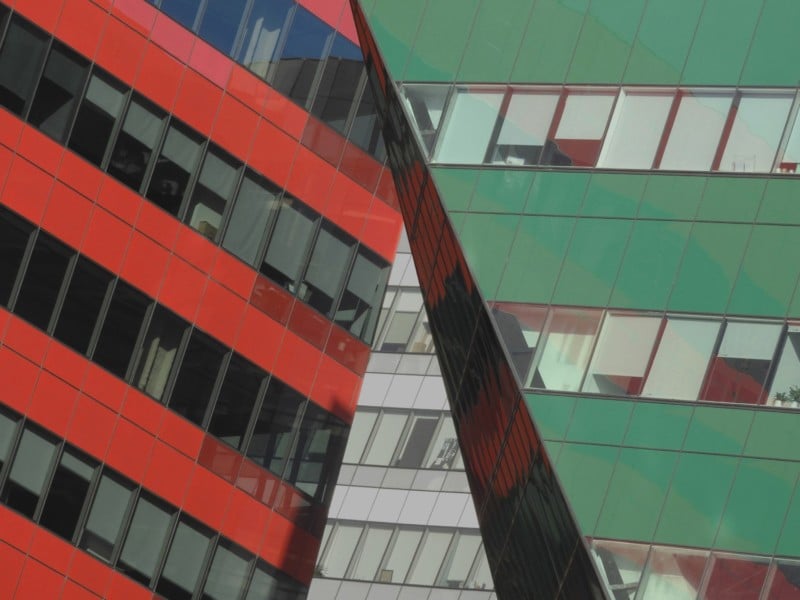 He doesn’t restrict himself by placing expectations or any particular goals for his photography, instead, the aim is to simply keep creating and to keep the project moving whilst thoroughly enjoying the process. 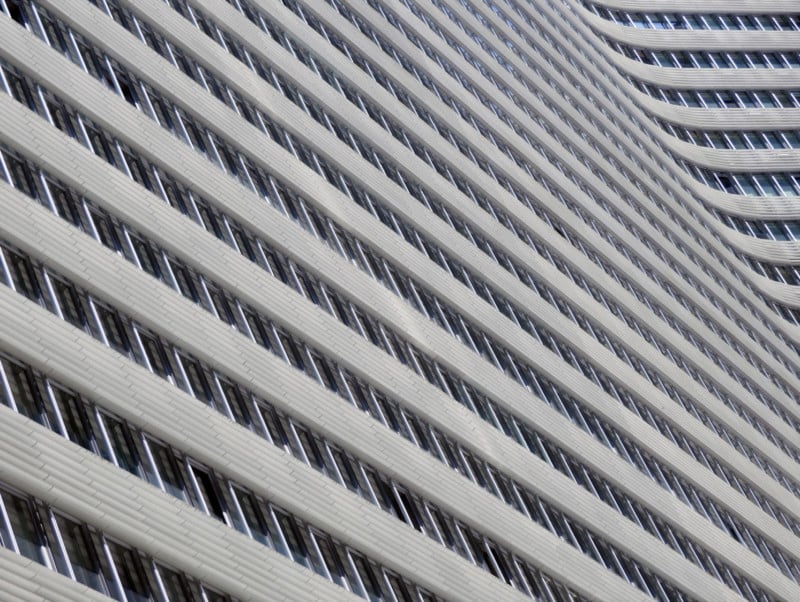 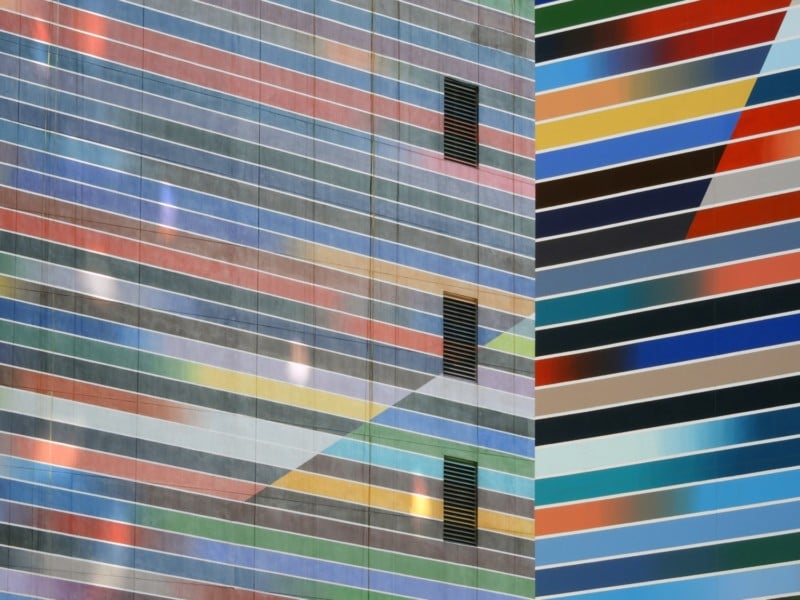 “At a simple level, the goal is to keep finding time and space to dedicate to photography, towards a closer connection with architecture and its many fascinating manifestations around the world.”

Image credits: All images by Nikola Olic and used with permission.