There are tons of bad movies that come out every single year. Many of them are annoying. Most are simply forgettable. But then there are the films that go beyond merely being “bad.” They transcend awfulness and become something much greater. Let’s call them the BEST worst movies.

Obviously, there are dozens of films that could make this list so we’ve whittled it down to a more acceptable number. From Troll 2 to The Room to Super Mario Bros. and beyond, these are our picks for the best worst movies ever made.

The Best Worst Movies Ever Made

Troll 2 is the sequel to Troll (which is also hilariously odd), but it doesn’t have any trolls in it. Actually it’s a film about vegetarian goblins who transform people into trees before they eat them. They trick a dunderheaded family into vacationing in their town, but a little kid catches wind of their scheme (thanks to the ghost of his grandfather), and has to pull out every trick in the book to keep his family from eating the poisoned food. Everything about Troll 2 is ridiculous, and many of its off-the-wall moments have become internet memes. It even inspired an acclaimed documentary about the making of the movie and its unexpected cult following called Best Worst Movie.

Tommy Wiseau’s desperately self-serving drama, The Room — about a perfect guy who gets betrayed by his wife, his best friend, and basically the entire universe is hilariously incompetent in almost every way, from the stilted dialogue to the bizarre line delivery to the nonsensical plotting and the overblown finale. But although it feels laughably absurd, it also feel genuine.

In the late 1930s, a church group produced a film that was supposed to scare people away from marijuana, but accidentally made a film that could only be appreciated while high. Reefer Madness is the tale of two absurdly milquetoast lovers who partake of the weed and completely lose their minds while suddenly embracing every vice imaginable. It would be scary if it wasn’t absolute, hokey malarkey from start to finish.

Plan 9 From Outer Space was the undisputed best worst movie ever made for decades until films like Troll 2 and The Room got notorious, and it’s still a legitimate contender. Directed by the legendarily inept Edward D. Wood Jr., the film is ostensibly about an alien plot to eliminate the human race by raising an army of zombies. But although they are all-powerful the aliens seem to give up after making just three zombies. Plan 9 is shockingly cheap. Everything looks fake. And the dialogue is so unbelievably false it’s practically poetic.

The only thing standing in the way of total ninja domination of the cocaine trade is Dragon Sound, a good-natured gang of Tae Kwon Do orphans who are also a rock band with songs that everybody can relate to, like “Against the Ninja.” Miami Connection was made in 1987 and languished in total obscurity until it was rediscovered by the Alamo Drafthouse and finally found an ironic, but appreciative audience.

L.E.T.H.A.L. Ladies was a 12-part softcore sexy spy adventure franchise that ran from 1985 to 1998. Hard Ticket to Hawaii is easily the best/worst of the series (but they’re all pretty amazing), the story of jacuzzi-loving secret agents who also run a small delivery service, who get involved in diamond smuggling and also accidentally lose a giant poisonous snake in their backyard. Meanwhile, there are razor-sharp decapitation frisbees and free range skateboarding assassins/blow-up doll enthusiasts who will (of course) be dispatched with a rocket launcher.

Neil Breen writes, directs, co-stars and infuses strange paranoid power fantasies into Fateful Findings, the incredibly cheap story of a guy who finds a magic rock, gets superpowers, and eventually becomes a hacker who taps into super-secret government secrets. (Which are secret.) Also there are ghosts, a magic book, an assassination plot and a mass suicide. There’s more to it, but trying to figure out what the heck is going on in Fateful Findings is a huge part of the appeal.

Elves is a movie about only one elf. Let’s just start there. It’s an evil Nazi experiment that’s accidentally resurrected by a group of teenage girls who playfully try to bring about the Antichristmas. Then they get stuck in a department store wearing negligees as this awful rubber monster attacks them and a chain-smoking Grizzly Adams (Dan Haggerty himself) tries to uncover an increasingly stupid and weirdly perverse conspiracy. Elves is probably the best worst Christmas movie ever made.

It took 21 years to make the action-thriller Dangerous Men, and it shows. The film was repeatedly altered throughout production and now plays like half a dozen different films that get bored and trade off with each other. There’s a long storyline about a women whose fiancé is murdered, leading to her exacting her revenge and becoming a serial killer. But the movie forgets about that after a while and follows an undercover sting operation instead. Meanwhile, a naked guy gets lost in the desert. Nothing makes sense, everything is maddening, and it’s completely captivating anyhow.

A girl from Beverly Hills travels to Panama to work for her rich hotel entrepreneur father (played by Gary Daniels) and falls in love with one of the busboys because they’re both great dancers. But will anybody understand their love?! Dancin’: It’s On! is a bizarre Romeo & Juliet riff that comes from director David Winters, who also helmed the MST3K classic Space Mutiny and co-starred in the classic musical West Side Story. It’s so cheerfully inane you have to see it to believe it.

There’s a serial killer with two cybernetic fingers who’s targeting the best martial artists in the world, all of whom live in the same city, and one of whom happens to be a forensic psychologist played by Gary Daniels (again!). Oh, and our hero’s partner is a martial-arts expert/homicide-detective/stage-magician. Bloodmoon is staggeringly silly in every way but one: the buttkicking fights, which are expertly choreographed and filmed very well.

Did you ever see Alfred Hitchcock’s The Birds? Director James Nguyen sure did. His low-low-LOW budget horror thriller Birdemic: Shock and Terror is basically The Birds but with acid, and global warming. And not even remotely as good. It’s the story of a young couple besieged by explosive birds because…global warming is bad. It’s so unwatchable it’s hypnotic.

2003’s Dreamcatchers is proof that it’s not only amateurs who make Best Worst Movies. Based on a Stephen King novel, directed by Lawrence Kasdan, and featuring a notable case that includes Morgan Freeman, Thomas Jane, Timothy Olyphant, Jason Lee, and Damian Lewis, Dreamcatcher tells the story of four childhood friend who are gifted with special powers in order to, later in life, defend the world from body snatching aliens who attack via – er – toilet. It’s a slick production that results in a truly hypnotic mess of a movie.

Howard the Duck, one of Marvel’s more out-there creations, has recently experienced a fun, Easter egg-y revival thanks to 2014’s Guardians of the Galaxy and, this past summer, Marvel’s What If…? But back in 1986, the world was truly not ready for the George Lucas-produced live-action Howard the Duck movie – an egg-laying turkey of a duck movie that featured an animatronic quacker brought across the universe by mysterious and goofy forces so that he might rock out in Lea Thompson’s pop-punk band.

Perhaps more known as the movie Paul Rudd would always show a clip from when he guested on Conan (a gag Rudd ran for decades), Mac and Me was an E.T. ripoff with a massive, and unintentionally hilarious, McDonald’s and Coca-Cola product placement tie-in. Goofy alien Mac (“mysterious alien creature”) befriends a wheelchair-bound young boy in an attempt to escape NASA and find his Mcfamily. A marvelously horrendous film, but – you know – the “good” kind of horrendous.

Released the same year as Breakin’, in 1984, Electric Boogaloo was a silly-ass sequel with a title people still lovingly mock over 35 years later. One of the first films to use the “use dance to save the neighborhood Rec Center” plot, Breakin’ 2 is a bare-bones production, with a plot just basic enough to allow for dozens of breakdancing sequences. Capitalizing on the B-Boy culture of the early ’80s, Breakin 2 is a ridiculous, but joyful, cluster of noise.

So much went wrong with this 1993 adaptation of Nintendo’s Super Mario Bros. franchise that it’s barely recognizable as anything influenced by those games. Still, on its own, it’s an insane romp full of so many wrong turns that it becomes enjoyable as a cult classic watch. Bob Hoskins and John Leguizamo play Mario and Luigi, brother plumbers who enter a parallel dimension to rescue a princess in distress. Dennis Hopper played “President Koopa,” the film’s version of Bowser, only adding to the entire project’s “WTF” packaging.

What are your favorite Best Worst Movies? Discuss in the comments! 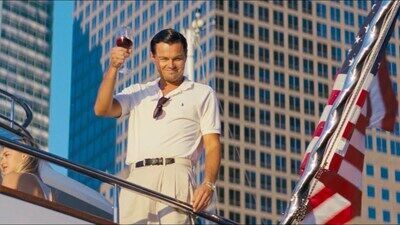