The World Nature Photography Awards announced the winners of its 2021 photo contest and Amos Nachoum from the United States won the top cash prize award of $1,000 for his image of a leopard seal about to capture a defenseless gentoo penguin.

Getting the photo was no easy task. Nachoum had to wait for hours on the remote island of Plano, off the Antarctic Peninsula, for the right moment at low tide when the seals entered a lagoon to catch their prey.

Unfortunately, the photo is one of the last moments of the young penguin’s life. “The terrified penguin tried to escape as the game continued. But soon, the end came,” Nachoum said in a statement.

Other winners include a remarkable shot of a humpback whale just outside New York City, a majestic photo of an orangutan in a river and an arctic fox braving the frozen tundra in Iceland.

The photographs are a wonderful example of the dedication and care taken by nature photographers, but they’re also a reminder of our duty to care for the environment.

“The World Nature Photography Awards were founded in the belief that we can all make small efforts to shape the future of our planet in a positive way and that photography can influence people to see the world from a different perspective and change their own habits for the good of the planet. 2021’s competition saw entries come in from 20 countries across 6 continents,” the World Nature Photography Awards said in a press release.

Here are all 13 of the photographers who won gold in the 2021 contest.

“For hours, I waited for the low tide to arrive along a shallow lagoon on a remote island off the Antarctic Peninsula. Like clockwork, the leopard seal arrived in the lagoon just before low tide. It put its head in the water and looked just like a rock sitting in the receding water. The young Gentoo penguins only dare to enter the water when it is shallow and when they got close enough to the seal, it turned its head at lightning speed, catching one of the penguins by its feet and taking it to deep water. Once the seal reached open water, I followed it and swam parallel to it, observing its actions. To my surprise, it let go of the penguin twice. Each time, the seal chased after the penguin again, as if it was enjoying the game. The terrified penguin tried to escape as the game continued. But soon, the end came.”

“Long-tailed macaques enjoy the warmth of each other during a hot day in Bali, Indonesia. These animals show very similar behaviour to us humans including enjoying each other trusting company. The macaques are used to humans and are commonly found around temples where they tend to feed on food sacrifices by the locals.”

“This shot came out of a ‘nothing’ outing to a local park. It was the middle of a sunny summer day with harsh light and little activity. After going out with low expectations, I came across this tiny Pacific Tree Frog on a flower. After waiting for it to move into a more photogenic position on the flower, and trying repeatedly to catch the mottled light through the tree’s leaves above it at exactly the right spot, I got exactly what I was hoping for. It proved to me that there’s really no bad time to head into nature with a camera!”

“The common red ant is ingenious at traversing terrain. When front scout ants encounter a water obstacle, they intuitively form an “ant-bridge” with their bodies, so that their ant-mates at the back of the party can cross.”

“The natural creativity of San Quirico d’orcia, in Tuscany, Italy. Waves, shapes and tone created by light, in harmony with the universe.”

“I crawled into this ice cave on the totally frozen Lake Baikal in Russia. First I didn’t like the fact that the car and the people were in the middle of my picture, but then on a second view I found it just perfect.”

“Entrance to a room inside an abandoned house in Goa, India. It is fascinating how mother nature takes over from where man has left.”

“Finally got the shot I wanted: a humpback’s fluke with the New York City downtown skyline in the distance. As water quality measures and conservation efforts have started to show real results over the last years, humpback whales are becoming a common sight more and more in New York waters.”

“Travelling down random dirt roads can be so rewarding when you are greeted with scenes like this. Taken on South Island, New Zealand.”

“A recent trip to Iceland where we were lucky to view and photograph the rare ‘blue morph’ Arctic fox. The weather conditions were extreme, but that didn’t seem to bother the fox.”

Gold Winner in “Animals in Their Habitat” — Thomas Vijayan, Canada

“Mature male orangutans have large flappy cheek-pads, known as flanges, a throat sac used to make loud verbalisations called long calls. Once they reach maturity, they spend most of their time alone, about 90%. I was lucky enough to get this fully-grown, matured orangutan giving me the best pose possible.”

“Sibolangit, SOCP Quarantine Centre, North Sumatra, Indonesia. The whole SOCP team works together to prepare Brenda, an estimated 3-month-old female orangutan (she has no teeth yet), for surgery. A sedative is administered, the arm is shaved, her temperature is taken, while others hold her head or her hand out of compassion for the baby. During the three-hour procedure, Dr. Andreas Messikommer, a renowned orthopaedic surgeon invited from Switzerland, will place a pin and screws to secure the damaged humerus. Brenda was confiscated from a villager in Blang Pidie on the west coast of Aceh who was keeping her as a pet.”

From Your Site Articles

Related Articles Around the Web

Classic interview: Giorgio Moroder - “If you want to make a fantastic dance music, you continue to need the 303, an analogue drum device and a Minimoog”

Wed Mar 23 , 2022
By 1996, Giorgio Moroder was presently famous, getting been a towering influence on the births of equally disco and electronic dance tunes. He’d also (very pretty much) scored substantial achievement with his movie soundtracks, and worked with everyone from Phil Oakey to David Bowie, Elton John and Cher. There was […] 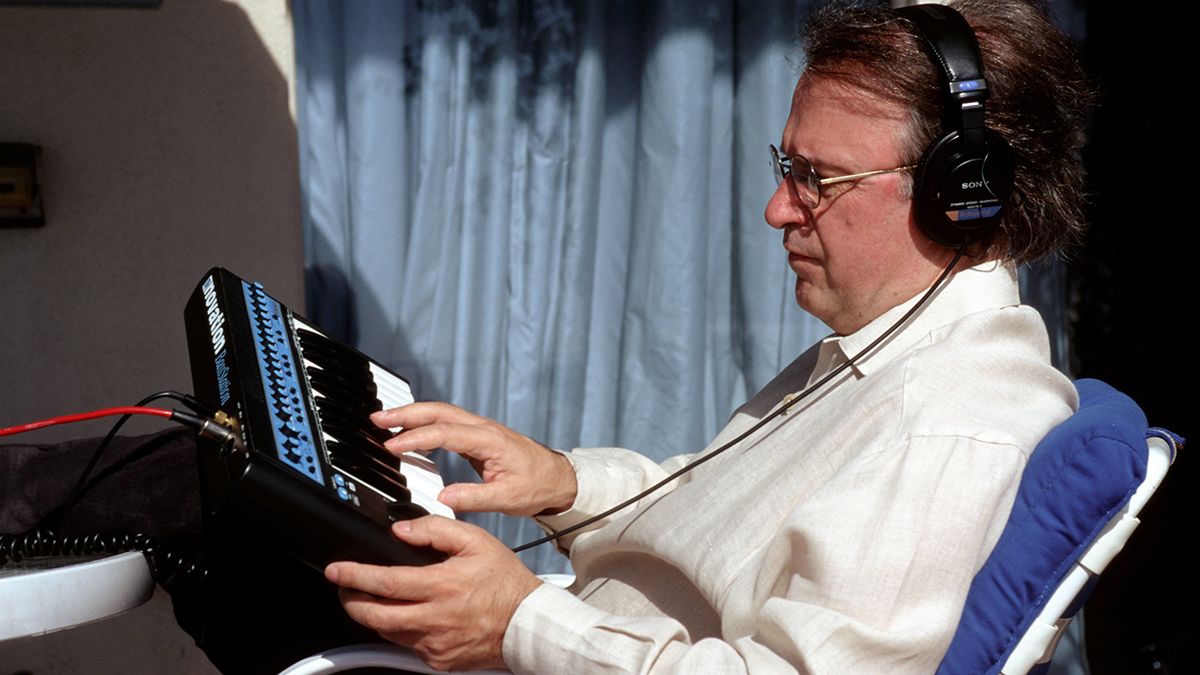