So, why in the name of the cosmos am I LARP-ing Albert Einstein as a 1950s-stye doo-wop group?!

Well, I wanted to make you smile in these very tense times.

It began as a COVID-19 fever hallucination. I had the bug for seven weeks, back in the pre-vaccine days. Lying medicated on the couch, thinking about the universe, I remembered that Einstein passed away in 1955 in Princeton, New Jersey. I knew he was a classical violinist and I got to wondering what other kinds of music might have been in the air around him during his golden years. And, just like that, Albert’s voice morphed into a doo-wop group, crooning a gently rocking tune, in my virus-heated head.

Remember how all our hair got longer as the coronavirus pandemic turned into months of fearful isolation? Shout out to barbers and tonsorial artists who were kept from practicing their essential craft! My “Einstein shag un-cut” developed of its own accord. So, I thought, why not a video with billions and billions of Alberts?

I don’t actually look like Einstein, except in comparison to the rest of the beautiful rainbow of humanity. Ancestry.com and 23andMe both say I’m >95% European Jew, hence some Einstein-genotype, I guess.

Albert Einstein was adopted into popular culture as the long-haired absent-minded quirky professor archetype. Unfair to him, but that didn’t stop me from affecting those mannerisms in an effort to warm your heart. As Robert Heinlein once explained: actors wear their characters’ faces from the inside.

I shot the choir members on bluescreen in the storeroom at my house. My goal was to embody the music; six guys for six-part harmony, etc. Giving each dude a slightly different personality was a fun challenge. I’m far from being a dancer; a little light reelin’ and rockin’ is all I could manage. I’ll leave jive-swing to the pros! But the gods of doo-wop demand at least some attempt at choreography.

Einstein at the chalkboard is an iconic image, though there are surprisingly few photographs. Only one physical example survives; go see it at the Museum of the History of Science in Oxford, U.K. This image sent me down the creative road to the chalk-like art you see in the video.

I worked with the amazing Nick Stevens Graphics to develop animations in the chalkboard style. All are all derived from Einstein’s “thought-experiments.” The recurring clock tower is a stylized version of “Zytglogge” in Bern, Switzerland, just steps from where Einstein was employed in the patent office. Einstein’s musings on the elasticity of spacetime were likely sprung from his work on electromechanical synchronization of clocks, like the ones that made the Swiss trains run on-time. Albert took the Bern tram to his job. Dreaming of moving trains set him on the track to uncovering special relativity. So, we gave our “Gedanken-Tram” a feature role.

I edited this video in Adobe Premiere Pro.

Doo-wop began as a Black American art form, quickly adopted (some would say co-opted) by other ethnicities. Too many of its earliest practitioners never got their deserved credit. There’s no formula to doo-wop, but there are some conventions: Five, or so, stacked singers. Vocal lines often elongate single syllables into runs, gospel-music style. (These are called “melismatic melodies.”) Mouth percussion. “Blow” harmonies and nonsense syllables. A spoken bridge section, often by the bass voice. Falsetto flourishes and ornaments.

It’s a rich, expressive, emotional music that still influences pop culture today. I thank the spirits of doo-wop for allowing me to commune with them. Sharp-eared listeners will hear an homage to Brian Wilson of the Beach Boys.

Harmonically, “Simple Relativities (Your Imagination)” lays pretty close to a well-traveled doo-wop/jazz chord progression. Musicians may hear that it’s propelled by cycling diminished seventh chords. Sometimes chords are stacked on top of others for an enriched, more emotional sound. I wanted to set it in a key where I could sing the whole range of voicings (bass to castrati) without resorting to studio trickery — not that I’m against that! There’s a little bit of digital tuning, but mostly is just me taking a ridiculous number of takes to get the parts right.

I set the groove with a stab at human beatboxing. I later called in Tom Brechtlein to play authentic ’50s-feel drums. Peter Zale tracked some smokey organ licks. I played everything else. All was written, recorded and mastered in Pro Tools.

When you take on setting Albert Einstein’s aphorisms to music, you soon discover that many statements attributed to Einstein were never uttered or written by him. The source texts I used are footnoted (see below). I made plenty of musical elisions and sometimes paraphrased for rhythm. It’s really worth reading Einstein’s full original quotations in context, licensed to this project by The Hebrew University of Jerusalem; awesome people doing important work!*

A note of caution about the word “relativity”: Einstein intended his relativity theories to explain only facts of physics and mechanics as they relate to objects in motion. He specifically warned us not to give ourselves permission to reinterpret human relations in a relative moral context. He did not want us justifying misbehavior as defensible due to circumstances. That’s something dictators do. I have tried not to step anywhere near Einstein’s bright line.

To accompany the video, I’ve also written an op-ed that gives much more context on the relationship between Einstein’s physics and his philosophy.

With this gently rocking, doo-wop lullaby, I intend to give you a short break from all the politics, the fears, the day-to-day drudgery and all that doomscrolling. But this is not an anesthetic. The video and song are meant to enhance your perspective, to empower you. I tried to approach it with the same “twinkle-in-his-eye” humor that Einstein had back in the day. It saw him through tough times.

May this music energize you to explore the real Albert Einstein for yourself!

Your imagination’s more important than your knowledge.

Independent of opinions of others (2)

Curiosity makes its own reasons (3)

The most beautiful thing to experience is the mysterious (5)

It’s the source of all true art and science.

Curiosity makes its own reasons.

This world’s eternal mystery is that it’s logical.

Curiosity makes its own reasons.

Whoever can no longer wonder and be amazed is as good as dead!

© The Hebrew University of Jerusalem

With permission of the Albert Einstein Archives

(2) 1930, American Magazine: “A Close Look at the World’s Greatest Thinker” & 1944, letter to physicist Robert Thornton. This paraphrase is a truncated adaptation and is not authentic. Original context: “A knowledge of the historic and philosophical background gives that kind of independence from prejudices from which most scientists are suffering. This independence created by philosophical insight is the mark of distinction between a mere artisan or specialist and a real seeker after truth.”

(3) May 2, 1955, LIFE Magazine: “Old Man’s Advice to Youth: ‘Never Lose a Holy Curiosity,” Editor William Miller’s memoir. Original context: “The most important thing is not to stop questioning. Curiosity has its own reason for existing.”

(4) 1949 book: “The World as I See It” Philosophical Library, New York. Also given in a 1932 speech to the German League of Human Rights, Berlin, and originally published in the 1931 volume 84 of Forum & Century. Original context: “Whoever does not know it and can no longer wonder, no longer marvel, is as good as dead, and his eyes are dimmed.”

(5) 1931 book: “Living Philosophies” Einstein, et al., adapted from the Forum & Century volume 84. Original context: “The most beautiful experience we can have is the mysterious. It is the fundamental emotion which stands at the cradle of true art and true science.”

(6) March 3, 1936 “Physics and Reality” article published in volume 221, number 3 of “The Journal of Franklin Institute.” This is Einstein himself paraphrasing Immanuel Kant. Einstein’s original context: “It is in this sense that the world of our sense experiences is comprehensible. The fact that it is comprehensible is a miracle… It is one of the great realizations of Immanuel Kant.” Kant’s original statement : “The eternal mystery of the world is its comprehensibility.”

(7) May 19, 1939, address at Princeton Theological Seminary. Original context: “Yet it is equally clear that knowledge of what is does not open the door directly to what should be.”

(8) ibid. This is a further paraphrasing of Kant/Einstein and is not authentic. Original context from an alternate translation: “The very fact that the totality of our sense experiences is such that, by means of thinking… it can be put in order; this fact is one that leaves us in awe but which we shall never understand.”

These are the best movies of 2022 so far

Tue Mar 22 , 2022
Movies are back in theaters and, if you feel comfortable enough, it might be worth checking them out with a bag of artificially buttered popcorn and a soda the size of your thigh. And if that isn’t for you just yet, make some popcorn and drink a thigh’s-worth of soda […] 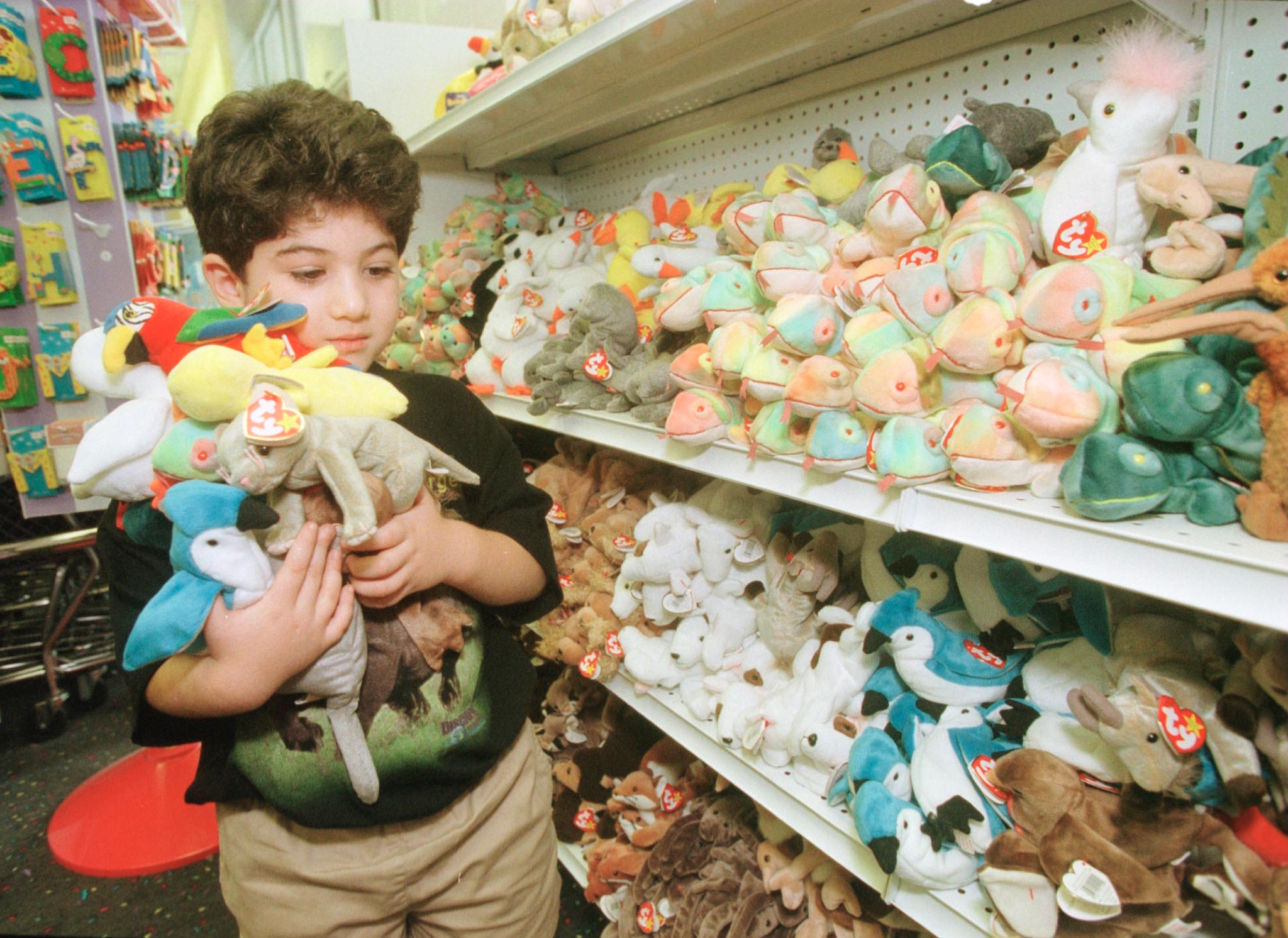