Robservations on the media beat: Alexis McAdams, who’s been a per diem reporter at ABC-owned WLS-Channel 7 since 2018, today is expected to be named a New York-based correspondent for Fox News Channel. McAdams, who grew up in northwest suburban Palatine and graduated from William Fremd High School and Illinois State University, previously worked for Fox/CBS affiliates WXIN/WTTV in Indianapolis and ABC affiliate WTVO in Rockford. She is the niece of Cook County Sheriff Tom Dart. “Alexis has done a terrific job here at ABC 7,” said Jennifer Graves, vice president of news at ABC 7. “She’s excelled at breaking news and at digging into the day’s top story. We’ll miss the energy and enthusiasm with which she tackled every assignment.” Her last day at ABC 7 was Friday. As reported here earlier, also joining Fox News as a New York-based correspondent is Brittany Garzillo, a reporter and fill-in news anchor at Fox-owned WFLD-Channel 32 since early 2020. She previously worked for WGAL, the NBC affiliate in Lancaster, Pennsylvania. Oliver Camacho, an announcer at WFMT 98.7-FM and host of the weekly “Listening to Singers,” has been promoted to music director of the Window to the World Communications classical music station. The graduate of Lane Technical High School and Northwestern University joined the station in 2018 from Vocal Arts Chicago, where was founder and editor. “I am privileged to be named music director for a cherished Chicago institution that has inspired me since I was a student,” Camacho said in a statement. “With the support from my knowledgeable and equally passionate colleagues, I hope to safeguard what audiences love best about WFMT, while fostering inclusivity and reaching new listeners.” Also at WFMT LaRob K. Rafael has been named weekend morning host and producer. The graduate of DePaul University joined WFMT in 2020 while continuing as artistic director of Hearing in Color and coordinator of Lyric Unlimited at Lyric Opera of Chicago. He succeeds Maggie Clennon Reberg, who left WFMT to host weekday mornings at KDFC in San Francisco. Kimberley Egonmwan has a new co-host for her weekday afternoon show on Midway Broadcasting news/talk WVON 1690-AM. Atiba Buchanan, a host, podcaster, political analyst and former producer for Cliff Kelley at WVON, officially joined Egonmwan Monday. He succeeded Matt McGill, who’s expected to launch a new show on the station in the coming months. “I could not be more honored or humbled to join such a storied tradition that is so vital to the well-being of the city of Chicago in general and to the Black community specifically,” Buchanan said in a statement. It’s been two weeks since news broke here of a proposed merger between the Sun-Times and Chicago Public Media, parent company of WBEZ 91.5-FM. But some folks at the public radio station apparently are still miffed they read it here first. “That is not the way ideally that any of us would have wanted that to happen,” WBEZ chief content officer Tracy Brown told Mark Jacob of Northwestern University’s Medill Local News Initiative. (Here is the link.) “And the staff was disappointed and a little upset about it, and that’s very understandable. That is not the way we would have wanted it to happen. I understand, having been a journalist for 30-plus years, I understand about leaks and getting scooped and all those things that don’t often line up the way that you want them to.” Jacob also reported Chicago Public Media bosses expect to hire “40 to 50” more people if the merger goes through. That drew a skeptical response from Monica Eng, a former WBEZ staffer who now writes for Axios. “Very promising,” Eng said. “But it’s worth noting that the last WBEZ CEO told the press she’d hire 12 additional newsroom staffers in 2017, and that never ever happened.” Jordan Cornette and Shea Peppler Cornette, the husband-and-wife former Chicago sportscasters, have been named co-hosts of “SportsNation,” the relaunched weekday morning show on the ESPN+ sports streaming service. “We’re excited for Shae and Jordan to help further propel the show with their dynamic personalities and chemistry,” Mike Foss, vice president of digital production, said in a statement. The Cornettes met while working at ESPN Radio sports/talk WMVP 1000-AM and were married in 2019. Billed as the first married couple to host a national ESPN Radio show, the two continue to host ESPN Radio’s “GameDay” Sundays during football season. Katherine Rosenberg-Douglas has been promoted to deputy senior content editor on the breaking news team at the Chicago Tribune. She had been acting breaking news editor since July. Rosenberg-Douglas, a native of northwest suburban Crystal Lake and graduate of the University of Massachusetts and Illinois State University, joined the Tribune as a breaking news reporter in 2016. She previously worked for Naples Daily News in Florida and Corpus Christi Caller-Times in Texas. As vaccinated staffers return to the office this week at WLS 890-AM they’re being offered color-coded bracelets to indicate their willingness to engage with colleagues. According to a memo from the Cumulus Media news/talk station, red means “Please stay 6 feet away”; yellow means “Some contact is acceptable”; and green means “Comfortable with appropriate office greetings.” Added WLS program director Stephanie Tichenor: “Please respect everyone’s levels of comfort as we transition back into the office space.”

Thu Oct 14 , 2021
If Snow White looked suitably snowy in “Snow White and the Seven Dwarfs,” if Pinocchio’s nose grew at just the right rate, if Dumbo was the correct shade of elephantine gray, all that was due in part to the largely unheralded work of Ruthie Tompson. One of a cadre of […] 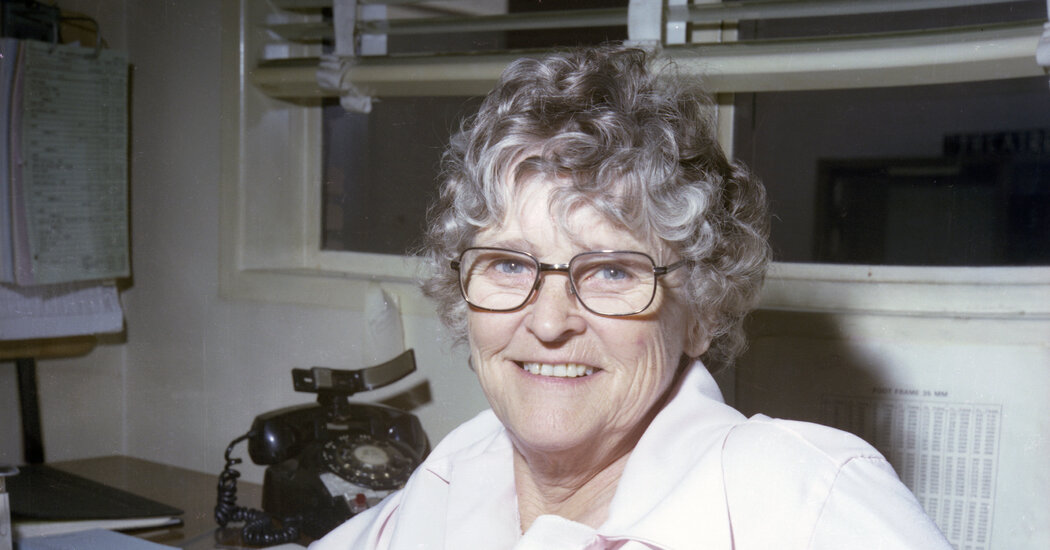