Long before the advent of social media and before there was a television in every home, Americans learned about the world in the pages of magazines like Harper’s Bazaar, Life, Look and the Saturday Evening Post. Photographs were a focal point in those mid-20th-century publications, informing and illustrating, conveying symbolism and sometimes racism, sexism and classism. The photographic works of Richard Avedon, featured in those magazines, stood out for their searing intimacy and for bringing readers face to face with celebrities, models, heroes, murderers, athletes, politicians, activists, musicians, writers and everyday Americans.

In the new exhibition “(Re)Framing Conversations: Photographs by Richard Avedon, 1946-1965,” now on view at the Smithsonian’s National Museum of American History, visitors can view 20 of the iconic photographer’s portraits of some of the most luminous personalities of our times—Judy Garland, Bob Dylan, Billy Graham, Malcolm X, Dorothy Parker and Charlie Chaplin, to name a few.

These are not glamour shots. The photographs are printed in a stark graphic black-and-white style and mounted on a black backing board, emphasizing the substance of the subjects.

“Avedon is not interested in flattery,” says Shannon Thomas Perich, curator of the museum’s photographic history collection. “He really is pushing on the boundaries of what portraiture looks like and thinking about how to get beneath the surface—how a portrait reveals a psychological state, an emotional state, a physical state.” The photographer injected a bit of himself in many of the images, Perich points out, arranging the lighting so that in his subject’s pupils, a viewer can see the faint reflection of Avedon himself.

Born in New York in 1923, Avedon began his photography career in 1942 as a member of the U.S. Merchant Marines. During his service, he was tasked with making the standard-issue identification photographs for the seamen, taking tens of thousands of pictures. The characteristic devices of an ID image—a white backdrop, forensic lighting, a straight-on pose and a sober expression—became his signature style, says Philip Gefter, author of What Becomes a Legend Most: The Biography of Richard Avedon.

Avedon used the “most basic application of portraiture to assert the existential condition of [the human] in visual terms,” Gefter says. “He shot all of them in the same way, stripped of the clues about their status or accomplishment,” he says. “In effect, he created a forensic observation of American society across the second half of the 20th century, all specimens of the same species.”

By the mid-1940s, Avedon had begun his magazine career, having been taken under the wing of Alexey Brodovitch, art director for the fashion magazine Harper’s Bazaar. Avedon soon took New York by storm, with his works also appearing in Vogue, Life and Look.

“He was the most famous fashion photographer in the world,” says Gefter. In the 1957 movie Funny Face, Fred Astaire played fashion photographer Dick Avery, a thinly veiled tribute to Avedon, who consulted on the film. Memorabilia from the movie is in the new exhibition.

Avedon became a celebrity in his own right. “To commission an Avedon portrait was the ultimate status symbol in New York,” says Gefter. “He glided through the upper reaches of American culture with the glamour and savoir-faire of a movie star, enjoying the kind of fame that doesn’t exist in the same way today.”

In 1962, the Smithsonian honored Avedon with his first one-man show. Avedon donated the works in the show to the Smithsonian and later in the decade made two more contributions. The American History museum now holds nearly a thousand photographs, negatives, advertisements and print proofs from Avedon in its collections.

When putting “(Re)Framing Conversations” together, Perich said she was guided in part by the words of essayist and playwright James Baldwin: “It doesn’t do any good to blame the people or the time—one is oneself all those people. We are the time.”

Baldwin’s essay “Letter from a Prisoner,” accompanied by an Avedon portrait of Baldwin, appeared in the April 1963 Harper’s Bazaar; a copy is on display in the show. Baldwin and Avedon had known each other since they were co-editors of the literary magazine at DeWitt Clinton High School in the Bronx.

The two also collaborated on the monograph Nothing Personal. Published months after the 1964 passage of the Civil Rights Act, the book delved into the contradictions of American culture, illustrated by often-jarring juxtapositions of Avedon photographs—including a nude depiction of the Beat poet Allen Ginsberg facing off with an image on the opposite page of the American Nazi Party leader George Lincoln Rockwell, being saluted by a group of minions.

In “(Re)Framing Conversations,” Perich says she has similarly positioned Avedon’s portraits in groupings around themes, to provoke discussions—even providing a comfortable living room setting with couches for visitors to sit and peruse original magazines from the 1940s to the 1960s. Avedon’s images and the accompanying text in the magazines prompted multi-generational exchanges about what it means to be an American, Perich says. The Avedon portraits, too, she says, are meant to be in “conversation with each other.”

Perez, who backed Wallace in his failed 1964 and 1968 presidential bids, is the very picture of arrogance and bitterness with his rimless glasses and tilted fedora, and a cigar jutting out of his downturned mouth.

Wallace has an aggressive head tilt and slicked-back hair, a slightly clenched jaw and dark eyes glinting with malice.

Casby, born into slavery in Louisiana, has a straight-ahead gaze clouded by cataracts and perhaps all he has witnessed.

In the immediate post-World War II era, Americans worried about the atomic bomb and what it had spawned. They debated women’s rights and questioned whether a Catholic could or should be president. Many spiritual leaders emerged during this period, and Avedon’s triptych of the evangelist Billy Graham, Nation of Islam leader Malcolm X and English Jesuit priest the Reverend Martin Cyril D’Arcy provides another conversation opportunity surrounding the question “What guides your moral compass?”

A youthful Graham—who advised presidents from Dwight D. Eisenhower to Barack Obama—is depicted with a slight smirk playing at his lips. Malcolm X is blurry, viewed as a man in motion, his eyes in deep shadow. D’Arcy, known for his writings on love and humanity, appears somewhat sinister, however, with only half of his face fully visible.

“(Re)Framing Conversations” also explores how musicians have used their platform to shape American culture. Women’s contributions to arts and literature—and their lack of visibility—are also considered. Each conversation starter is accompanied by Avedon’s portraits of 1950s and 1960s icons. Another segment highlights Senator Joseph McCarthy’s 1950 to ’54 hunt for communists in Hollywood and among the nation’s journalists and writers—perhaps not so unimaginable in today’s polarized political environment.

In one portrait from 1952, the silent film star Charlie Chaplin, who had been hounded by McCarthy and the media for alleged subversion, playfully uses his index fingers to form devil’s horns. The photograph was taken—unknowingly—on Chaplin’s last day in the United States. He left for his native England to promote a new film and was banned from reentering the U.S., leading to a 20-year exile in Switzerland.

Avedon continued to work until he died at the age of 81 in 2004. His death occurred while on assignment in San Antonio for the New Yorker, where he had become a staff photographer in 1994. Avedon, throughout his long and storied career as informant and illustrator, was a master influencer—decades before Instagram was even a glint in the world’s eye.

“(Re)Framing Conversations: Photographs by Richard Avedon, 1946-1965” is now on view at the Smithsonian’s National Museum of American History.

43 new motion pictures and reveals strike Netflix about the weekend

Thu Jan 12 , 2023
Netflix welcomed the new calendar year by adding a ton of new content material to the service on the weekend, together with scores of 3rd-party titles like the Rocky films, Forrest Gump, and Jerry Maguire — when also debuting first Netflix collection like Kaleidoscope and Woman Voyeur. Searching ahead, we […] 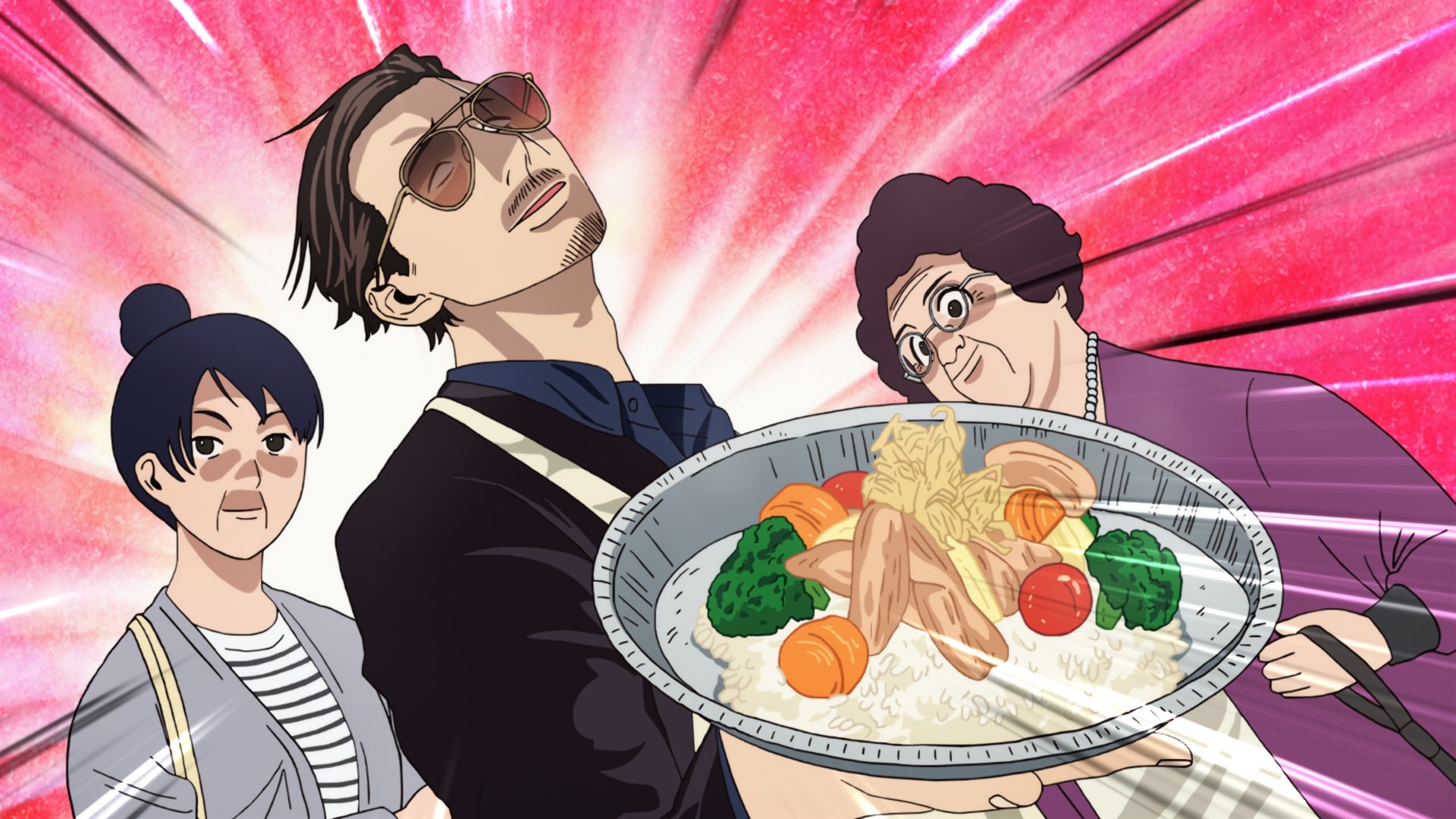