Nobody really wanted to be trip-hop. The stoner beats of Nightmares on Wax’s 1995 Smokers Delight album were era defining, but it carried the prominent legend: “THIS IS NOT TRIP HOP”. James Lavelle’s Mo’ Wax label flirted with the term after it was coined by Mixmag in 1994, but quickly switched to displaying it ostentatiously crossed out on their sleeves. Ninja Tune did print the phrase “triphoptimism” on a king size rolling paper packet in 1996, but only as a joke about escaping categories.

“I always disliked the term,” says Lou Rhodes of Lamb, “and I would always make a point in interviews of challenging its use in regard to Lamb.” Mark Rae of Rae & Christian similarly says: “I would give a score of 9/10 on the lazy journalist scale to anyone who placed us in the trip-hop camp.” And Geoff Barrow’s ferocious hatred of the term – let alone its application to Portishead – has become the stuff of social media legend.

The distaste is understandable. The template of crawling beats, cinematic strings and dubby basslines, usually with a female vocalist and weed-smoking signifiers, became one of the most ubiquitous sounds of the late 90s. The phrase itself stretched to become a catch-all for any and all downtempo music, from wafty supermarket-checkout budget CD “chillout” to highly crafted UK soul. It very quickly became the object of snobbery, called “coffee table music” by those who found the idea music could be comforting or domesticated an anathema.

But whatever you call it, the specifically 90s downtempo vibe abides. Nightmares on Wax’s new album, Shout Out! To Freedom …, shows producer George Evelyn as committed to cosmic beats, and as inspired, as ever, and Smokers Delight got a deluxe reissue treatment last year. Martina Topley-Bird’s Forever I Wait (featuring several productions by Robert “3D” Del Naja of Massive Attack), the reformed Sneaker Pimps’ Squaring the Circle, and even Saint Etienne’s mostly instrumental I’ve Been Trying to Tell You all meander moodily in classic trip-hop style. Jhelisa, whose albums in the 90s easily bridged the gap between trip-hop and acid jazz, is back and on spectacularly trippy form with 7 Keys V.2, too.

And perhaps even more significantly, younger musicians are channelling the sound. Some of the most high-profile acts in the world – Billie Eilish, Lana Del Rey, Lorde – are unabashed in these 90s references. Alicia Keys’ new single, Best of Me, couldn’t be more trip-hop if it was made in a smoky Bristol basement in 1995. In the leftfield, acts such as Young Echo, Tirzah and Space Afrika explore some oddly familiar dark, dubby spaces, the latter citing Tricky as a key precedent. A lot of the new UK soul and jazz, from Jorja Smith through Children of Zeus to Moses Boyd and Sault, is distinctly trip-hoppy; Arlo Parks’ Mercury prize-winning album is steeped in it, as is tattooed, cosmic dub-soul provocateur Greentea Peng. Homebrew “lo fi” remixes of anime and game themes, which could easily pass as trip-hop, regularly clock up tens of millions of streams on YouTube, as do streams of trip-hoppy “beats to study/chill/sleep to”. Even UK drill is demonstrating a connection, in the album False Hope by Tara Mills, with music by drill and road rap producer Carns Hill. “It’s interesting that whole era’s come round again,” says Evelyn, remarking on the extraordinary Afghan-German producer Farhot’s similarity to DJ Shadow. “Then of course you start thinking: am I that old?”

To understand the durability of these sounds, it’s worth looking at some of the objections to the way they were labelled. Evelyn grew up with reggae soundsystem culture and was a hip-hop and electro fanatic, who breakdanced competitively as a teen. He regarded his early rave tunes as hip-hop collage in the tradition of instrumentals by Mantronix, Marley Marl, DJ Red Alert and co. “But,” he says, “in the UK we’re really good at taking something and making it our own, and when I think about that whole 90s period, it was exciting: we were doing that whole downtempo thing, but fused with all that other exciting electronic shit that was happening at the same time. The drum’n’bass thing, the jungle thing, that was all born out of the same set of influences. I do think about the 90s a lot. It was exciting; it felt like a new sound was coming out of the UK every three days.”

Rhodes, too, took inspiration in the breakbeat collage of rave. “Our background was nights at the Haçienda and Manchester pirate stations,” she says, remembering Peter Bouncer’s vocal over Shut Up and Dance’s breakbeats on the 1992 rave track Love Is All We Need. “My mum was a folk singer, and I felt the pull to write songs that danced around those fucked-up beats. That was the impetus for Lamb.” The closeness to techno, rave and electronica was embodied in labels such as Warp, Ninja Tune and Mo’ Wax, where Squarepusher, Autechre, Roni Size and Carl Craig would sit alongside – or remix – downtempo acts. It’s a lineage explored in the 2020 book Bedroom Beats & B-Sides by Laurent Fintoni, which also explores how trip-hop influenced the likes of Flying Lotus (an avowed Portishead fan), and thus the experimental “beat scene” and 21st century hip-hop more broadly.

The other vital precursor was the UK’s unique soul lineage. “Sade, Cymande, Soul II Soul,” remembers Evelyn, “that was the foundation of our whole thing too. Even when we were rocking [reggae] soundsystems, you’d always have that half-hour or so when they’d play street soul or rare grooves. That all influenced all of us; I’m sure someone like [Massive Attack’s] Daddy G would say the same thing.” Through the late 80s and early 90s, acts such as Smith & Mighty, the Sindecut, Young Disciples and, of course, Soul II Soul and Massive Attack made a very distinctly British laid-back breakbeat sound ubiquitous from charts to underground clubs. The acid jazz movement overlapped with this, too: it’s the scene Mo’ Wax emerged from, and Liam Howe of Sneaker Pimps recalls, around 1993, “taking our white labels around the record shops of Soho, where you might bump into [acid jazz movers] Kevin Beadle, Gilles Peterson, James Lavelle and Patrick Forge … we were making peculiar, laid-back dance stuff that at the time we referred to just as ‘head music’.”

Jhelisa Anderson is one of the more obvious connections to the soul/jazz world, but also one of the few musicians who fondly embraces “trip-hop” as a term. Mississippian by birth, she relished British eccentricity and independence, as compared with a US industry that “would’ve had me trying to copy Janet Jackson”. She found, in Portishead, Tricky and Topley-Bird, “a version of modern blues, a depth and darkness” that drew a line from 60s and 70s soul, but also had a connection to “something old and pagan that I heard in Thom Yorke and shoegaze, a different kind of ancient expression of feeling blue, of being dark”.

That conception of a kind of specifically British blues isn’t so far fetched. Tara Mills wasn’t born when Massive Attack’s Unfinished Sympathy came out, but cites it as one of her favourite songs: “I’ve cried to that song, I’ve driven home too fast, upset, in the middle of the night, to that song.” And she found precisely the right darkness in Carns Hill’s drill beats to “make you feel something in that same way”. And the moodiness and melancholy have permeated through to a new generation in many other ways. Rhodes hears “a kind of bloodline running through James Blake and the xx” to Billie Eilish and co. Her son Reuben, who releases downtempo beats as Joseph Efi, connects the “Bristol sound” of Portishead and Massive Attack to the ineffable sadness of Burial. “There’s something about the melancholia of those Bristol tunes,” he says, “that could’ve only come from the depths of a small British city. Music dug up from under the earth or heard in the pouring rain on your walk home at night.”

This mood has gradually spread around the world. As well as through electronic and hip-hop artists such as Flying Lotus, and ubiquity of tracks such as Rob Dougan’s Mo’ Wax hit Clubbed to Death in Hollywood soundtracks, the British moodiness found its way into big pop exports. Mark Rae notes that “our production and writing of the track The Hush by Texas-influenced Dido, and the domino effect is created when that language is taken to the mainstream successfully”. It’s not a big leap to hear trip-hop echoes in Mark Ronson’s work with Amy Winehouse and Adele – and there are direct connections, too: Howe, for example, has passed on the trip-hop gene as a writer and producer for the likes of FKA twigs, Lana Del Rey and, indeed, Adele.

It seems like the further we get from its origins, the less toxic the phrase seems. Even Topley-Bird, who never accepted it at the time “because I thought we felt pretty unique”, says “in America people talk about trip-hop without any sense of shame or embarrassment, which is endearing … And a few friends are telling me that artists like Billie Eilish sound like me – which can’t be a bad thing. I came back with new music at the right time!”

Thu Nov 11 , 2021
For a long time, the simplest way to determine regardless of whether a blockbuster was a success for its studio was by hunting at the box office environment receipts: The a lot more funds the movie designed, the greater prospect it would supply a potent return on investment decision. But […] 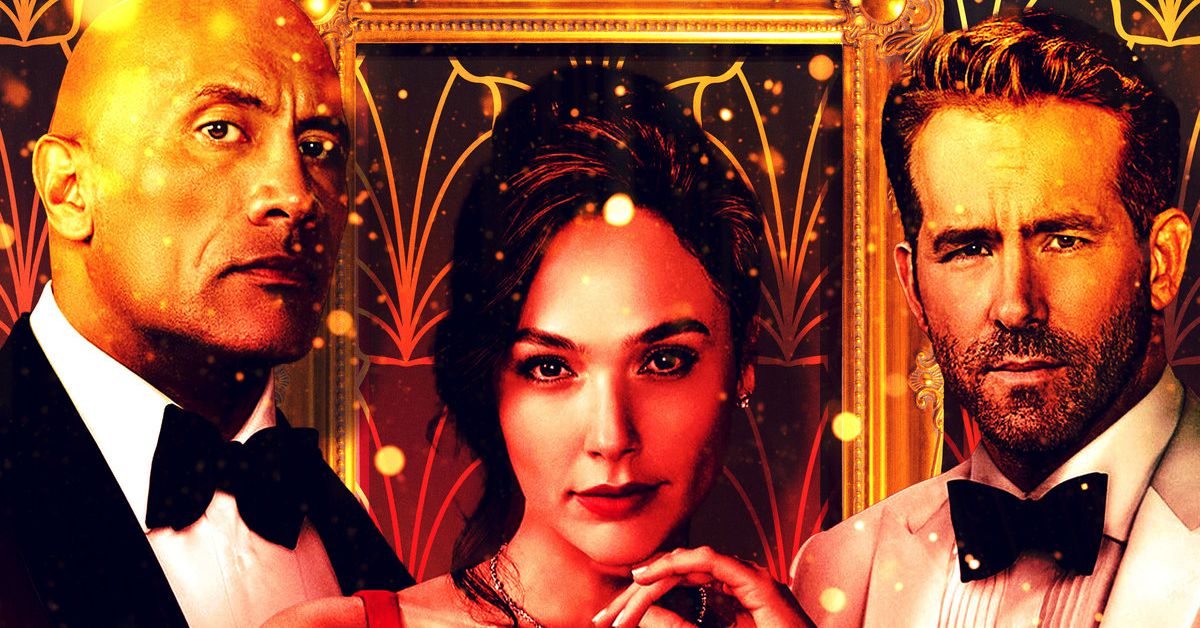