South Korean survival drama Squid Game has assembled a massive fan base since it premiered September 17 on Netflix. Starting with 456 competitors in dire financial straits, the bloody and suspenseful series finds an increasingly smaller number of them competing in deadly takes on traditional children’s games in the hopes of being the one left standing to collect the grand prize of 45.6 billion won (or nearly $40 million).

Gore aside, the nine-episode series has caught on because it’s so easy to see how these characters wound up in the situation. Lee Jung-jae plays Seong Gi-Hun, a gambling addict who enters the game at number 456 in the hopes of settling his debts and repairing his relationship with his daughter. Jung Ho-Yeon plays Kang Sae-byeok (or Number 067), a North Korean defector hoping to win so that she can pay a broker to find and retrieve her family.

But the show’s survival-of-the-fittest plot also resonates because it is a favorite theme in pop culture. We’ve rounded up 10 other film and TV titles that are worth watching once you survive Squid Game.

Forget the one-percent of today’s society. In this Brazilian dystopian drama, 20-year-olds from an impoverished Inland have one shot at an affluent lifestyle: compete in an event called The Process and get to live in luxury in a society known as Offshore. As the title suggests, only 3 percent of them make it. Challenges include solving a fake crime, surviving breathing a hallucinogenic gas, and potentially jeopardizing your family’s safety.

The Japanese sci-fi series follows friends who find themselves suddenly trapped in an abandoned Tokyo and forced to “play” increasingly dangerous games chosen from a deck of playing cards. Win and you get a visa that extends your life. Lose and you’re executed by red lasers that are shot from the sky.

In the infamous Japanese action-suspense film, teens are gassed and kidnapped as soldiers take them to a deserted island. There, they are told they have to fight each other to the death (they’re forced to wear explosive collars around their necks to ensure this actually happens). Some students are more into it than others and gruesome deaths happen. But, much like another classic story, some teens learn to outsmart the system.

The series of films based on Suzanne Collins’ best-selling novel is a future-set dystopian drama that plays with our current culture’s obsessions with reality competition television and historical class discrimination. In this world, the rulers in the Capital have an annual battle to the death where one boy and one girl from each district under its control are forced to (or volunteer to) enter an arena until only one emerges. Teenage archer Katniss Everdeen (Jennifer Lawrence) becomes known as the Girl on Fire and soon becomes tasked not only with saving herself, but all of civilization.

Betty Gilpin and Hilary Swank star in this horror-thriller about a group of people who wake up to find themselves gagged and stranded together in a booby-trapped forest. Coming out a few months before the 2020 presidential election, the controversial film — written by Watchmen’s Nick Cuse and Damon Lindelof and directed by Compliance’s Craig Zobel — was meant to be a political satire that pit liberal elites against “deplorables.”

The anime series focuses on Itō Kaiji, a gambler living in poverty in a world where everyone is either in debt or a ruling class who makes those who owe pay one way or another through a series of elaborate games. Our hero’s mostly been able to keep himself out of major trouble. But then a collector comes calling, saying he owes for guaranteeing loan for a former co-worker who has since disappeared. Suddenly, he finds himself on a debtors ship playing games like Restricted Rock Paper Scissors and Electrified Steel Beam Crossing.

Based on the James Dashner novel, Dylan O’Brien stars as a teen who wakes up inside an underground elevator with his memory wiped clean and soon joins other like-minded youths in an area known as the Glade. While they do eventually remember their names, none of the kids remember anything else about them or how they got there. They do know that their only chance out of there is to search for an exit in the sprawling Maze surrounding the Glade. But they’re only allowed to do so by day. No one has ever survived searching the Maze at night …

Another story of what happens when teens are left to form their own society, the 1990 and 1963 film adaptations of William Golding’s classic novel tells the story of military cadets stranded on an island. This time there isn’t some powerful overlord setting them up with extreme challenges; it’s the battles they wage among themselves that do them in. Better hold onto that conch, boys.

What lengths would you go to to get out of your podunk hometown after graduation? In this Amazon Prime Video series, which Lauren Oliver adapted from her own 2014 novel, 47 high school graduates participate in their town’s annual Panic competition. The winner gets a prize of $50,000. But no one said the rules couldn’t change, or become more dangerous, after the games begin.

Set in the far, far off year of 2017, the United States is now a totalitarian police state where criminals must fight for their lives by fleeing armed mercenaries — all for the delight of broadcast audiences. The cast is led by Arnold Schwarzenegger, an innocent man framed for a massacre during a food riot, with a cast that also includes Jesse Ventura, former football player Jim Brown, and Mick Fleetwood. Directed by Paul Michael Glaser and written by Die Hard’s Steven E. de Souza, the film is based on a novel written by Stephen King under the pseudonym Richard Bachman.

On an Apple device? Follow Rotten Tomatoes on Apple News.

The perplexing acoustics of an art show in northwest Germany

Wed Oct 6 , 2021
When California-based visual artist and filmmaker Alison O’Daniel was in her mid-20s, she wrote a list of words to express how she experiences sound. “Like a simultaneous combination of confusion, frustration, a psychedelic kind of experience —  a sensitivity,” she said. Related: Artist Christine Sun Kim on ‘deaf rage’ and the power […] 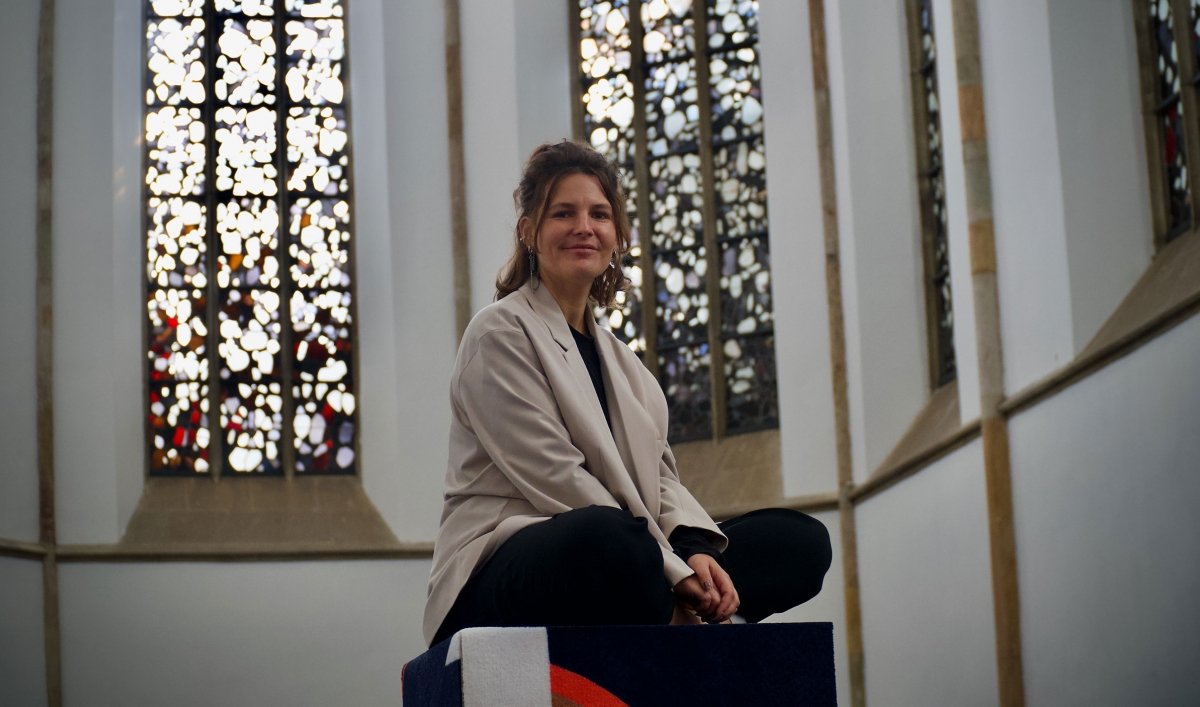