Low seemed a singular band from the outset. They were a married, practising Mormon couple, devoted to playing as quietly and slowly as possible, in the teeth of the early 90s grunge era. In fact, Low stood out so much that people felt obliged to invent a new subgenre to describe what they were doing: slowcore. It was a label the band disliked and quickly outgrew; it turned out they could move at quite a clip when it suited them.

Then, 25 years into their career, Low became more singular still. Their sound had always shifted and changed, occasionally in unpredictable directions, and electronic percussion had crept into 2015’s Ones and Sixes. But nothing could quite prepare listeners for 2018’s Double Negative, which took the kind of studio processes commonplace in modern mainstream pop – pitchshifted vocals, digital manipulation, the sidechain compression that causes the rhythm tracks on pop-dance hits to punch through everything else – cranked all of them up to 11 and applied them to a rock band. The end result was an album that genuinely sounded like nothing else. Low weren’t the only alt-rock artists thinking along roughly similar lines – Double Negative was produced by BJ Burton, who had worked on Bon Iver’s technology-fractured 22, A Million – but the sheer extremity with which the band’s sound was altered shifted Double Negative into a category of its own.

Moreover, it was released 18 months into the Trump presidency, as his campaign managers were jailed for fraud, and Rudy Giuliani informed NBC that “truth isn’t truth”. Its lyrics seldom addressed American politics – dealing instead with everything from Mormon attitudes to same-sex marriage to mental health – but its short-circuiting bursts of unidentifiable sound, warped vocals and overwhelming mood of dread still seemed to fit the moment, feeling like a transmission from a country disastrously on the fritz, “dissolved into a state of awful inverse” as its closing track put it.

Album of the year acclaim duly followed, but the shock of Double Negative also seemed to raise concerns for the band who’d made it. It sounded like music literally pushed to the limit, and once you’ve pushed everything to the limit, the question of where you go next becomes pressing. Happily, that’s a query that Hey What answers perfectly by refining and adapting its predecessor’s sound.

The first thing you hear on opener White Horses is a guitar transformed into a kind of heaving, stuttering moan, followed by a rhythm track made up of crunching digital distortion. The latter sound might once have been produced by a guitar, but it’s impossible to say for certain. The song ends with an unadorned minute and a half of its unflinching pulse, which speeds up and becomes the basis of the second track, I Can Wait. Next, when you encounter the spongy sonic textures of All Night – you eventually give up trying to work out what instrument was originally involved – it’s hard not to be struck by the thought that on anyone else’s album, this might constitute the weirdest track; on Hey What, it feels like a kind of breather, before you’re plunged into the increasingly scourging soundworld of Disappearing.

Notice is thus served that Low are not interested in dialling down Double Negative’s confrontational experimental edge, but that isn’t the whole story. Hey What is also a far more melodically driven album than its predecessor. Alan Sparhawk and Mimi Parker’s beautiful harmony vocals are largely unadorned with processing, and are louder, which seems to give the songs – or at least the listener – a little more space to breathe.

This chimes with the tone of the album, which couldn’t be characterised as optimistic, but at least hits a note of stoicism. The strength of Sparhawk and Parker’s partnership as bulwark against the former’s struggle with depression informs Don’t Walk Away and The Price You Pay (It Must Be Wearing Off). The lyrics of Days Like These consider the world lurching from crisis to crisis, but there’s something really stirring about the melody, which strides through the backing’s explosions of frazzled sound, while the extended instrumental coda feels calm and resolved. At other points, juxtaposition of the voices and the music is more unsettling: Hey boasts the album’s loveliest tune, but it’s set against a backing that keeps changing from delicate, flickering ambience to something far darker and creepier. Stranger still, in its own peculiar way, Hey What rocks, not least on the fantastic More, based around a riff that seems equal parts Led Zeppelin and My Bloody Valentine, if you squint.

A lot of bands have been compared to My Bloody Valentine over the years, largely because they were trying desperately to sound like them. Low really aren’t, but they feel an appropriate name to raise nevertheless. The music Low are currently making carries a similar, head-turning, where-the-hell-did-this-come-from air to Isn’t Anything and Loveless; as with those albums, the people behind Hey What are redefining how a rock band can sound. It says something – about Low and about rock music – that you have to delve back 30 years to find something with those qualities.

Related: Low: ‘We want to punch new holes in the possibilities of music’

Kelly Hu talks breast cancer and "List of a Lifetime"

Sat Oct 9 , 2021
Kelly Hu explains why her next project is especially personal. (Photo: Chris Delmas/AFP via Getty Images) For Kelly Hu, the actress behind tough characters in action movies such as X2: X-Men United and The Scorpion King and TV’s Arrow, portraying a breast cancer patient, in the upcoming Lifetime movie List […] 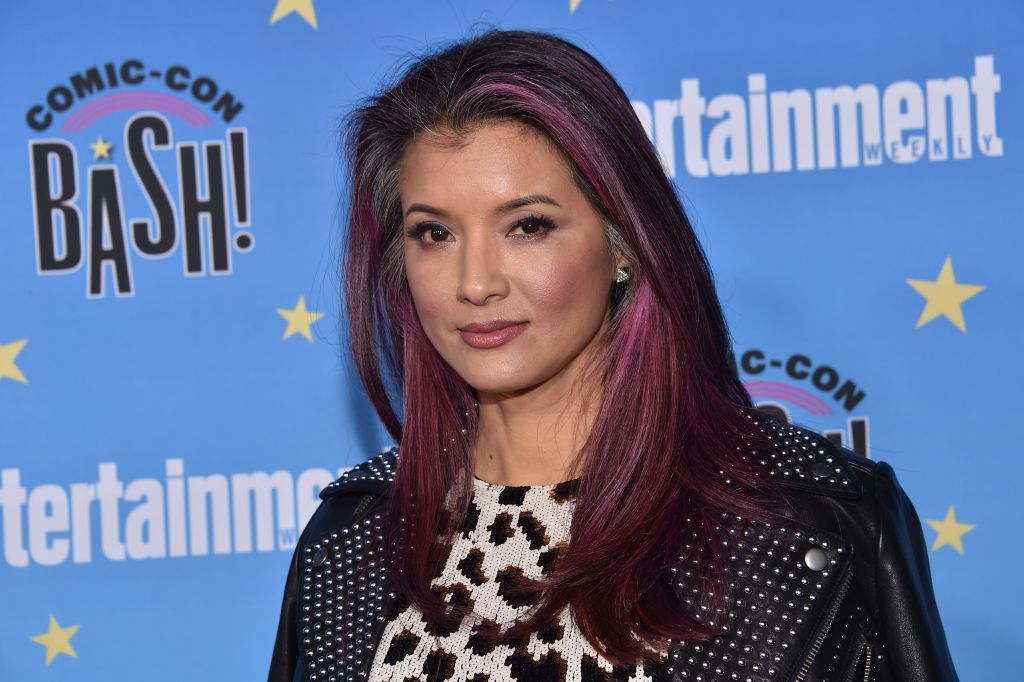