For Kelly Hu, the actress behind tough characters in action movies such as X2: X-Men United and The Scorpion King and TV’s Arrow, portraying a breast cancer patient, in the upcoming Lifetime movie List of a Lifetime, was a chance to play against type and delve into a world that’s part of her real life.

“I have a lot of experience, unfortunately, with breast cancer in my family. My mother, my grandmother — I have an aunt who actually passed from breast cancer — and so, yeah, it was sort of cathartic,” Hu tells Yahoo Entertainment. “I feel like, you know, going through this movie sort of felt like getting to have a little bit of control over getting the message out there, getting women to get themselves checked and do something about it, because I think a lot of women, when they get a diagnosis, are afraid, afraid to move, to do anything.”

Hu, 53, had her own brush with the disease just before shooting began.

“After having found out that I got this role, I got a mammogram, and I had — in all of these years of doing mammograms — my first irregular mammogram,” she says. “And it led to me having to get more mammograms and get a biopsy. I had a biopsy done two days before we started shooting. So I was going through, in preparation for this film, my own scare with breast cancer. Thank goodness, it came back negative, and I’m fine, but it really was sort of traumatic to be living this in real life and, you know, doing all this research for this character, it was such a strange coincidence.”

It took me weeks to finally shake this character off. I’ve never had an experience this deep.

It only added to the intense preparation process for the Breast Cancer Awareness Month movie in which she stars alongside real-life breast cancer patient and, in Hu’s words, overall “goddess,” Shannen Doherty. (“You would never think that she was living with Stage 4 breast cancer,” Hu says. “When she walks into a room, she just fills the room. She’s amazing, amazing and so generous and really part of the sisterhood.”)

As for Hu, the weight of the subject matter definitely affected her.

“I had so much emotion … doing this research, I was in tears almost every day. Also in filming, I mean, not just during the scenes where I felt like I had to cry so much… All of these scenes!” Hu shares. “I didn’t have to [cry]. But just, like, it was there. I was so spent. And then at the end of the day, just feeling so guilty of having such a beautiful life that I was given when there are so many other people out there who are suffering. It was so emotional for me. It took me weeks to finally shake this character off. I’ve never had an experience this deep.”

The breast cancer storyline is only part of the movie, which features Hu playing a demure woman who’s diagnosed with the disease. Her doctor tells her that any children she’s had might have inherited a gene mutation that increases their risk of ending up with a similar fate. So she reaches out to the unknown daughter that she gave up for adoption — and that Doherty’s character and her husband chose her to be their baby — decades ago. Mom and daughter (Sylvia Kwan) end up bonding as they write a list of things for Hu’s Brenda to accomplish before she dies.

Hu, a Honolulu native whose background includes Chinese ancestry, notes that Kwan and many others involved with the film are Asian American, a group that she desperately wants to remind to stay up-to-date with their screenings. There’s a myth, she says, that they don’t get the disease.

“I didn’t know this until just a few years ago when I was asked to do a PSA about it,” Hu explains. “And that’s why I think it was also great that they cast Asian women in these roles. It was also directed by an Asian woman, Roxy Shih; and our [cinematographer], Daphne Wu, was also Asian; our gaffer, Haneul Kim, is also Asian. It’s important that we get the word out there. Asian women can get breast cancer, obviously, my own mother, grandmother, aunt…. I’m not sure where this myth started.”

The Susan G. Komen Foundation confirmed the all-too-real stats, while the Asian American Health Initiative reported in 2018 that Asian American women were the population segment with the lowest rate of breast cancer screenings, which often leads to later diagnoses and more advanced cases.

“You know, having a mom who was diagnosed at such a young age, it made me very aware that it could happen to me. I’ve been having mammograms since I was 18,” Hu says. “Getting checked regularly and making sure, you know, that I stay on top of it. Also, I got checked for the BRCA gene, and I came out negative, thank goodness. But that didn’t stop me from getting mammograms and doing self-checks. It’s become like a daily ritual for me, just part of what we do when we shower. I think if you kind of treat it like that, like brushing your teeth, then you can stay on top of it. It’s not daunting.”

Hu says that, while she enjoyed playing a more vulnerable character, she’s up for another comic book movie, especially on the heels of the blockbuster success of Shang-Chi and the Legend of the 10 Rings, Marvel’s first film with a mostly Asian cast.

“I would love to have the opportunity to do that,” she says. “It’s such a fun genre, because you get to play these characters, just these fantasy characters that are much bigger than real life. And, you know, of course I get to beat up on guys all the time with my martial arts.”

List of a Lifetime premieres Sunday, Oct. 10 at 8 p.m. on Lifetime.

Sun Oct 10 , 2021
COLORADO SPRINGS — It’s National Arts and Humanities month and to celebrate, a group of local artists has come together to organize a fun, “Neighborhood Arts and Crafts Crawl,” this Saturday for the entire community to enjoy. The crawl started in 2019 when local New Earth Beads artist, Michelle Hair […] 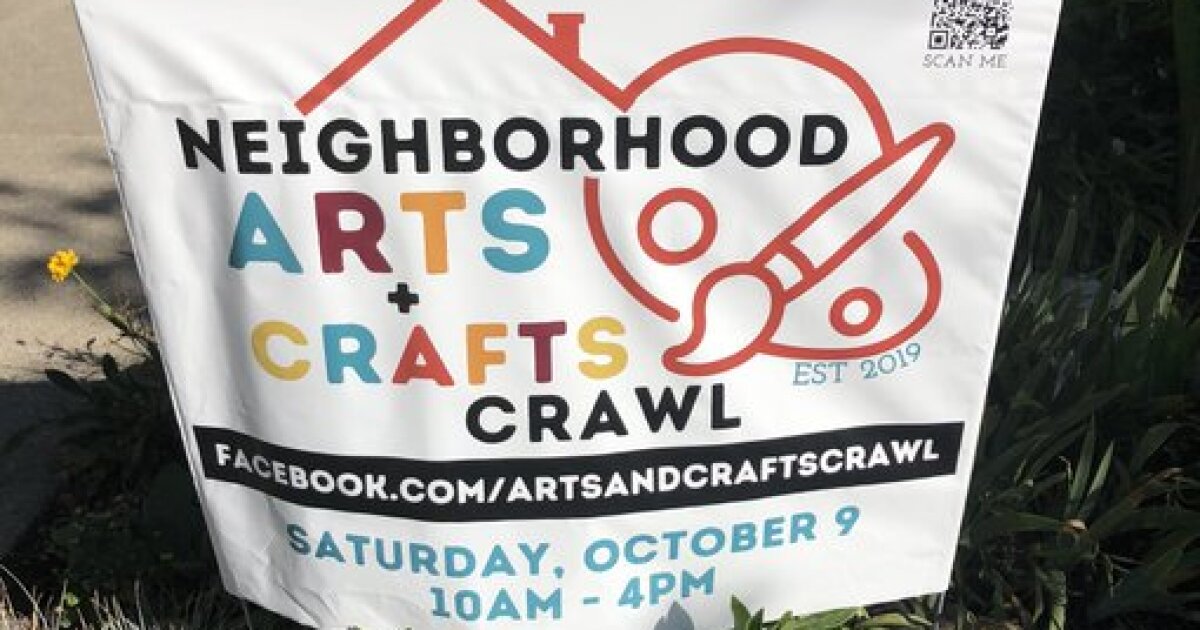