A quick perusal of the top comments on its videos makes that clear.

“IS THIS FR LIONSGATE?” another TikToker asked.

Some users have even questioned whether it’s actually the company’s official page, despite the verified check mark.

So how did a legacy film studio behind decades-old hits like “American Psycho” and “Saw” end up viral on social media? Over the past 14 months, Lionsgate’s social-media team has posted a stream of videos on its TikTok page that feel more like the work of a Gen-Z fan than a multi-billion-dollar media brand.

In one video, the Lionsgate team pretended to post a not-safe-for-work cut of a scene from its “Twilight” series. In another, the company edited footage from its 2021 film “Chaos Walking” to fall in step with a TikTok trend built around the song “SugarCrash!”

The page is primarily the brainchild of 25-year-old Lionsgate social-media manager Sebastian Crank, with oversight from the company’s brand manager Eric Dachman and VP of digital strategy Kathy Arendain.

“TikTok has such a contained world in that there’s inside jokes on TikTok and sort of a language on TikTok that doesn’t really translate to the other social platforms very often,” Crank told Insider.

Lionsgate now has over 2 million fans on TikTok, a following that’s over twice that of the accounts of competitors like MGM Studios,

Hulu
, though a far cry from

Netflix
‘s 17.9 million TikTok followers. Some of the account’s top hits like a video of Keanu Reaves riding a horse and behind-the-scenes footage of the “Twilight” cast have garnered 31 million and 72 million views, respectively.

“Our overall Lionsgate brand’s social strategy is ‘We’re fans too,'” Dachman said. “So everything that we create is made to feel authentic and like we’re using social media like our fans use social media.”

“We really love to be playful with our content,” Arendain said. “There are times where we will toe a line, but we do have guardrails in place to make sure that we’re not completely crossing a line.”

With one billion users now logging onto TikTok each month, the app has become an increasingly important promotional tool for traditional media brands. Some companies like Netflix, HBO Max, and Hulu are hiring influencers to promote their shows on TikTok via comedy skits and dance challenges. Other brands like ESPN, The Washington Post, and NPR’s “Planet Money” have turned to TikTok as a way to reach a new audience and to try to court new subscribers.

Lionsgate said it’s focused on fan engagement on TikTok rather than trying to drive a specific action like a purchase.

“I don’t think you’ll ever see something on our TikTok account that says, ‘Buy this on DVD November 15th,'” Dachman said.

Like The Washington Post and other media brands that have found success on TikTok, Lionsgate lurks in the comments section of its videos to read user feedback and drive up fan engagement by responding to comments. And while videos featuring scenes from blockbuster franchises like “Twilight” have helped drive up views, the company said its goal is to build a balanced audience that extends beyond just young-adult fans.

Regardless of the films they are promoting, Lionsgate’s TikTok videos need to be funny, sentimental, or inspire nostalgia for its fans.

“There was a comment on one of our most recent TikToks that said something like, ‘I just know the whole office is laughing when they push the post button,” Crank said. “And in reality it’s true. Eric and I genuinely find our TikToks hilarious.”

Thu Sep 30 , 2021
IndieWire turns 25 this year. To mark the occasion, we’re running a series of essays about the future of everything we cover. It’s sport to make fun of the Oscars and, after April’s anemic pandemic show, there’s nowhere to go but up. But the Oscars are more than shallow red […] 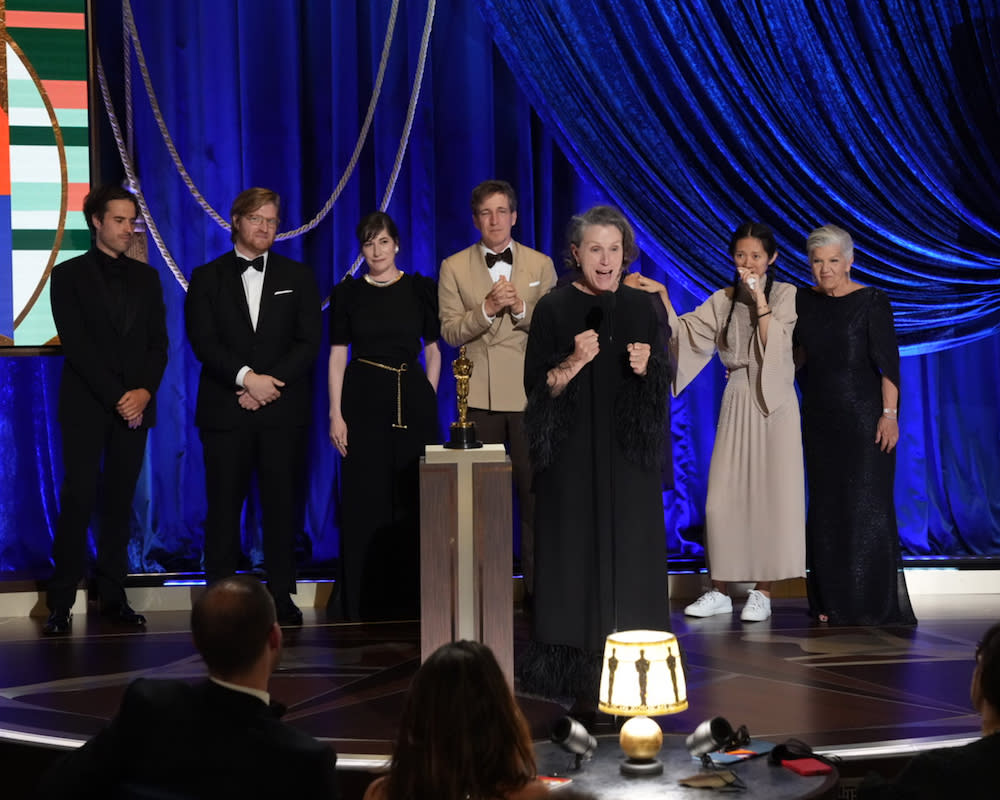 graphic of your business salary
We use cookies on our website to give you the most relevant experience by remembering your preferences and repeat visits. By clicking “Accept All”, you consent to the use of ALL the cookies. However, you may visit "Cookie Settings" to provide a controlled consent.
Cookie SettingsAccept All
Manage consent