Azor
Out now
From debut director Andreas Fontana, Azor is a drama set in the world of Swiss bankers, but this ain’t Wall Street with cuckoo clocks: Fontana renders everything in a Graham Greene-ish hue, with an impending sense of doom trickling through every interaction in this cloistered and morally murky world.

Antlers
Out now
Just in time for Halloween, here comes producer Guillermo del Toro (of Pan’s Labyrinth fame), hoping to terrify us with a few spine-tingling shocks. It’s a neatly realised monster movie inspired by First Nations mythologies about the wendigo, a malevolent spirit with a grisly, people-crunching agenda.

Last Night in Soho
Out now
If you yearn for the days when Soho was more S&M adventure playground than sanitised M&Ms World, Edgar Wright’s trippy tribute to the sleazily fashionable neighbourhood of yesteryear is the film for you. Delivered in the form of a love letter to midnight movies, it wears its influences proudly on its impeccably cut sleeve.

Passing
Out now
Rebecca Hall’s directorial debut is a beautifully shot historical drama, with Ruth Negga a shoo-in to attract awards buzz for her performance as a light-skinned Black woman in the 1920s who “passes” as white. Touching on myriad complexities, it’s obviously a sensitive subject, but handled here with evident care. Catherine Bray

Up for Grabs
Barbican Hall, EC2, 5 Nov
Mark-Anthony Turnage’s lifelong devotion to Arsenal FC takes musical form in a tribute to his club’s 1989 final-day league-winning performance at Liverpool. The BBC SO with guitarist John Parricelli and percussionist Peter Erskine play Turnage’s score to accompany footage of the famous victory, and there’s a panel discussion with members of the title-winning side afterwards. Andrew Clements

Jarv Is
2 to 12 Nov; starts Manchester
Led by Britpop scarecrow Jarvis Cocker, Jarv Is make most sense in a live scenario. Debut album Beyond the Pale was even billed as an “alive album”, with its seven tracks built around tour recordings. Expect the six-minute House Music All Night Long to properly go off in a sweaty venue. MC

Chloe Petts
Up the Creek Comedy Club, SE10, 31 Oct; The Glee Club, Birmingham, 5 Nov
Sometimes people think Petts is a man, other times they think she’s a woman, a predicament that gives the Kent comic a distinctive perspective on the hot-potato topics of gender and sexuality – but expect gratifyingly little proselytising from this endearingly matey new face. Rachel Aroesti

The Ocean at the End of the Lane
Duke of York’s theatre, WC2, to 24 Apr
Richly deserved West End transfer for this intoxicating adaptation of Neil Gaiman’s magical story. Adapted by Joel Horwood and Katy Rudd, the tale sees a man swept back into his childhood and pulled into a dark adventure. Take your children. Take your friends. Take yourself. Miriam Gillinson

Blue/Orange
Theatre Royal Bath, to 13 Nov; then touring
In an NHS psychiatric hospital in London, a mysterious patient wants to be discharged – but who gets to decide his future? Joe Penhall’s Olivier-award winning play is revived by director James Dacre and stars Michael Balogun as the patient, Christopher, and Giles Terera and Ralph Davis as the two sparring doctors. MG

Jacqueline de Jong
Mostyn, Llandudno, to 6 Feb
This is a retrospective of one of the radical visionaries of postwar European art. Amsterdam’s De Jong paints with violence and abandon, slapping cartoon figures on to chaotic canvases. But she’s not just a painter. She was at the heart of the Situationist International, the revolutionary movement that inspired punk.

Late Constable
Royal Academy of Arts, W1, 30 Oct to 13 Feb
Anyone who thinks of John Constable as a conservative artist of country life will be blown away by the storms and turmoil of his later art. Full of heavy skies, tear-stained ruins and a mood of incurable grief, these are some of the most expressive landscapes ever painted.

Ron Mueck
Thaddaeus Ropac Gallery, W1, to 27 Nov
A retrospective of this hyperrealistic sculptor whose figures use the prosthetic techniques of fantasy cinema to create lifelike simulacra of the human form. But although Mueck’s people seem natural, they are also full of expression and symbolism. Love and loneliness are starkly dramatised by distorted scale and intimate posing.

Hogarth and Europe
Tate Britain, SW1, 3 Nov to 20 Mar
William Hogarth would have voted leave, to judge from his satires on the starveling French. Yet beyond The Roast Beef of Old England, this exhibition reveals he was at the heart of the European Enlightenment. Sold throughout the continent, his prints helped spread a new culture of wit and reason. Jonathan Jones

Dickinson
From 5 Nov, Apple TV+
A zippy, extremely arch and deliberately anachronistic period drama about the poet Emily Dickinson sounds a bit like sacrilege. But, as the teen-centric show returns for its third (and final) series, it’s hard to deny that amid the bizarreness lies a smart and highly entertaining TV experiment.

Showtrial
From 31 Oct, BBC iPlayer
Hannah is the daughter of a single mother; Talitha is the daughter of a successful entrepreneur. When the former disappears, the latter soon becomes the main suspect. This six-part legal drama dives into the complexities of the ensuing trial, while meditating on the ways societal privilege can warp the justice system.

The Outlaws
From 1 Nov, BBC iPlayer
A studious sixth-former, a disgraced businessman, a publicity-courting socialite and Christopher Walken’s ex-con are among the ragtag bunch brought together by their community service obligations in Stephen Merchant’s gag-laden but genuinely stressful comedy-drama-thriller.

Narcos: Mexico
From 5 Nov, Netflix
This spin-off of the Colombia-set Netflix smash began chronicling Mexico’s drugs trade by focusing on the rise of the Guadalajara cartel in the 1980s. Now on its final series, we survey the grim and disturbingly violent cartel wars that greeted its implosion a decade later. Rachel Aroesti

Mario Party Superstars
Out now
A family-friendly mix of board game and video game that brings a bit of unpredictable Mario Kart-esque chaos to evenings with friends.

Just Dance 2022
Out on 4 Nov
The world’s most popular dance game is still going, bringing quirky choreography and a saccharine pop soundtrack from Beyoncé to Todrick Hall.

Call of Duty: Vanguard
Out on 5 Nov
In addition to the usual wealth of ways to shoot at each other in online multiplayer, the newest CoD promises a serious soldiers’ story set in the final years of the second world war. Keza MacDonald

Ed Sheeran – =
Out now
The bewilderingly omnipresent Sheeran continues his mathematical symbol obsession with this follow-up to 2011’s +, 2014’s x and 2017’s ÷. = has already garnered two UK No 1 singles with Shiver dethroning June’s Bad Habits after 11 long weeks at the summit. Inevitably, – is still to come.

Tori Amos – Ocean to Ocean
Out now
Originally intended to be released around last year’s US elections, Amos’s 16th album was completely reworked after the singer-songwriter wrote her way out of a third lockdown malaise. Galloping lead single Speaking With Trees muses on the healing quality of the nature that surrounds her Cornwall home.

The War on Drugs – I Don’t Live Here Anymore
Out now
Philadelphia’s Grammy-winning soft-rockers, led by Adam Granduciel, return with their fifth album, the follow-up to 2017’s commercial breakthrough, A Deeper Understanding. Inspired by the birth of Granduciel’s son, it finds the meticulous frontman loosening up a bit, reflected most clearly in the album’s joyous, Boys of Summer-esque title track. Michael Cragg

Wisdom from the Top
Podcast
The “rise and grind” LinkedIn posts might be pouring forth but this NPR podcast pulls some genuinely interesting insights from business leaders such as Peloton’s Dara Treseder and Lego’s Jørgen Vig Knudstorp on their successes.

Ocean Depth Comparison
YouTube
There is a mesmerising ASMR quality to this stylish visualisation of the world’s oceans. From the Sea of Azov to the Mariana Trench, be inspired either by nature’s enormity, or terrified by humanity’s smallness within it. Ammar Kalia

Sun Oct 31 , 2021
Nikon recently announced its new flagship camera, the Z9. This camera represents Nikon’s first mirrorless camera fully geared towards professional photographers and hybrid shooters, with a huge spec list designed for use in the demanding fields of photojournalism, sports, nature, birding, and any other use-cases that call for a camera […] 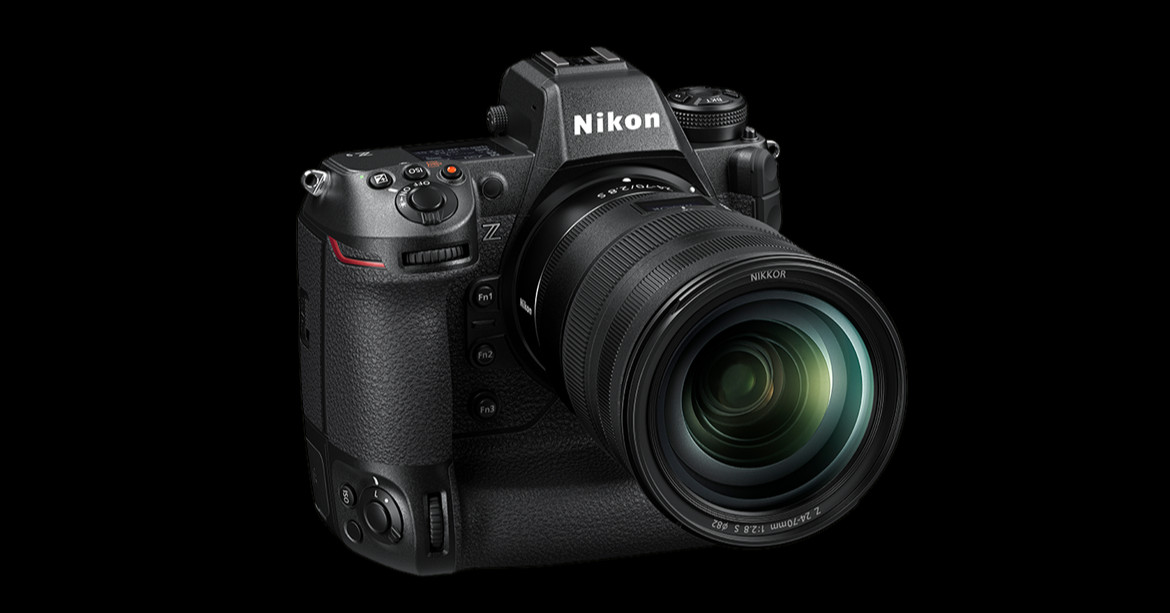 Your home improvement figure
We use cookies on our website to give you the most relevant experience by remembering your preferences and repeat visits. By clicking “Accept All”, you consent to the use of ALL the cookies. However, you may visit "Cookie Settings" to provide a controlled consent.
Cookie SettingsAccept All
Manage consent