On February 27, producer Boney Kapoor hosted a star-studded screening for his movie Valimai. The movie stars South superstar Ajith Kumar in a lead role and is directed by H Vinoth. To note, the action-thriller has already made a mark at the box office. The screening was attended by Boney Kapoor’s darling daughters Janhvi Kapoor, Khushi Kapoor and Anshula Kapoor. They all posed together as they arrived for the screening. They all looked super stylish as they were in their best attires for the big night.

Shibani Dandekar gets her wedding date with Farhan Akhtar tattooed

Shibani Dandekar has got her wedding date with Farhan Akhtar permanently inked. Earlier today, Shibani posted a few snaps of herself, where she is seen all decked up in a gorgeous gown. In one of the photos, Shibani flaunted the tattoo of the date of her civil wedding on the back of her arm. The date was inked in Roman numerals and it read XXI.II.XXII.

While speaking to Filmfare, Deepika said, “The most valuable pieces of advice, I received from Shah Rukh Khan was to always work with people you know you are going to have a good time with, because while you are making a movie you are also living life, making memories and creating experiences.”

Yesterday, on the 26th of February, Priyanka’s mother Madhu Chopra celebrated the 14th anniversary of her cosmetic clinic. During her interaction with the media, she was asked about her reaction to becoming ‘nani’. As per a report in Hindustan Times, Madhu Chopra said that she can’t stop smiling ever since her first grandchild arrived. She said, “Nani bane toh bahut bahut khushi hui mujhe (I was so happy to become a grandmother)”. She added, “I am only smiling all the time. I’m very happy.”

Mira Rajput participates in an instagram challenge with sisters

Shahid Kapoor’s wife Mira Rajput is one of the most active star wives on social media. She never fails to entertain her fans and followers on social media. It wouldn’t be wrong to say that she enjoys a massive fan following and she is no less than her star husband. Today, Mira took to her Instagram handle to share a question challenge with her sister squad and you have got to watch it to know some hidden secrets about the star wife that her sister squad have revealed about her.

Today Shibani Dandekar’s BFF Rhea Chakraborty took to her Instagram handle to share a couple of pics from the wedding with the newlyweds and we are in awe of it. Jeh, who enjoys a huge fan following, is one of the most popular star kids. His pictures take no time in going viral on social media. Today, the little munchkin was spotted and he was curiously looking at the shutterbugs who were clicking his pictures. Ranveer Singh, who was last seen in a sports drama 83, has often mentioned that he wants a baby daughter like his wife Deepika Padukone. The actor is currently in his in-law’s place, Bangalore and is enjoying all lavish treatment. Ranveer Singh shared pictures on his official Instagram stories which include Badam milk, Chiroti Halu, father-in-law Prakash Padukone and Deepika’s childhood picture. On a Sunday summer morning, Jacqueline was snapped in the city on set. Beating the summer heat, the actress wore an orange colour dress and looked stunning as she was snapped from afar. Shahid Kapoor recently celebrated his birthday and the actor was showered with love and wishes from his close friends. Brother Ishaan Khatter’s rumoured girlfriend and actress Ananya Panday was also present at the party and Shahid shared a few glimpses. Check it out:

Shilpa Shetty along with husband Raj Kundra and sister Shamita Shetty stepped out for Sunday brunch. The sisters looked their stylish best as they posed for the paparazzi. Take a look: Sara Ali Khan was snapped on Sunday morning at the airport as the actress left the city for a shoot. After wrapping up shoot with Vicky Kaushal, Sara is reportedly heading to Rajkot to shoot Gaslight with Vikrant Massey.

#SaraAliKhan carries a cute bag with her initials at the airport today pic.twitter.com/rNUHzidzOW

Shahid Kapoor celebrated his birthday with wifey Mira Rajput, brother Ishaan Khatter, Ananya Panday, Mrunal Thakur and several other friends. Taking to Instagram, the actor shared a glimpse of his birthday celebrations for the gram and it was things cute.

Mouni Roy and Suraj Nambiar completed one month of their marriage today and to make it more special, the actress has dropped some unseen pictures from the D-day. Check it out:

On Sunday, Sheetal Thakur took to Instagram to share a video from her Himachal wedding with actor Vikrant Massey.

If you are looking for a relaxed athleisure look, you can take cues from Kareena’s Sunday look to inspire your own outfit. The actress was snapped wearing a simple, graphic black tee. Kareena paired that with chic lavender joggers, white sneakers and solid black sunglasses.

Anushka Sharma flaunts the painter inside her

Taking to Instagram, Anushka Sharma shared a glimpse from her on-set activity as she indulged in some painting. Sharing a video, the actress wrote, “When they let you paint on set walls and you leave a ‘masterpiece’ (Jury is out for debate on this).” Click here to watch the video.

Earlier tonight, we spotted Neetu Kapoor, her daughter Riddhima Kapoor Sahni and also Malaika Kapoor as they went about their weekend. In the pics, we caught Neetu Kapoor and Riddhima Kapoor Sahni on their adorable mother-daughter date. And let us tell you, the duo looked absolutely gorgeous. We also spotted Malaika Arora who was seen walking her beloved pup. She went for a casual and smart outfit. A few moments back, Ananya Panday uploaded a gorgeous pic on Instagram and confessed that her fit wasn’t actually hers but was actually stolen from her BFF Shanaya Kapoor’s wardrobe. In the pic that Ananya uploaded on her Instagram story, she looked absolutely divine. She sported a bodycon dress in the prettiest shade of lavender that accentuated her perfect figure. Stir Up The Grant! - Hernando Solar

Mon Feb 28 , 2022
Thanks to a $1,000 Local community Arts Grant from the Hernando County Arts Council, Stir Up the Present, a 501c-3 non-income doing arts corporation, is stirring up creativity, artistic talent, and unlimited inspiration for younger Hernando arts pupils. “The Hernando County High-quality Arts Council is proud to sponsor the new […] 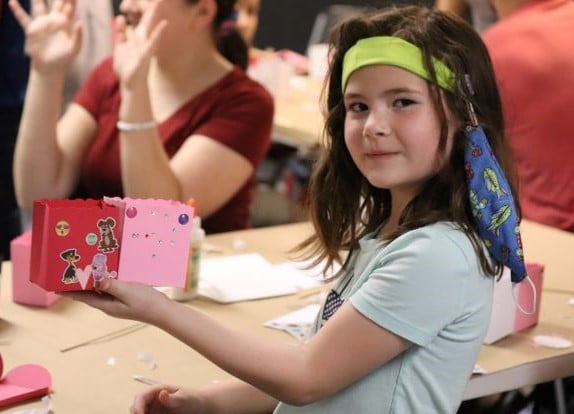