The cybercrime wing of Hyderabad Police has registered a case against actor Siddharth after a woman filed a complaint over his recent remarks on Indian shuttler Saina Nehwal. A senior police official reportedly informed PTI that based on the complaint a case has been registered against the actor under IPC Section 509 (word, gesture, or act intended to insult the modesty of women) and under other relevant sections of the Information Technology Act.

Rajkummar Rao can’t stop gushing over Patralekhaa’s jaw-dropping sensuous PICS, asks ‘Why are you so hot?’

Patralekhaa blessed her fans’ social media feed by treating them to some stunning monochrome pictures from her photoshoot. While actress’ followers couldn’t stop gushing over her jaw-dropping pictures, it was her husband Rajkummar Rao’s comment which caught all the eyeballs. He wrote, “Why are you so hot?”

Taking to social media, Taapsee Pannu has announced the trailer release date of her upcoming movie Looop Lapeta as she shared a new poster of the movie. She wrote, “Hands up! Freeze! Now dance! Why? BECAUSE OUR TRAILER IS DROPPING TOMORROW! #LooopLapeta ,a Sony Pictures Films India Feature and Ellipsis Entertainment Production, starring @tahirrajbhasin , directed by @bhatiaaakash , coming on 4th Feb, only on Netflix”.

Kareena Kapoor Khan dropped a picture on her Instagram stories. It looks like she has started her fitness routine. The picture shows her hand wearing a smartwatch which clearly displays the calories burnt.

In her recent conversation with BT, Usha Mangeshkar shared an update on Lata Mangeshkar’s health who is currently battling COVID 19. She said, “She is doing much better now. Corona ka koi asar nahi hai uspe. She has a little bit of pneumonia, congestion, which I feel should get cleared today. She is fine now and within one or two days she should get discharged”.

Yami Gautam reveals what she admires about husband Aditya Dhar

In her interview with the Gulf News, Yami Gautam spoke about her life after getting married to Aditya Dhar and also revealed what she admired the most in the filmmaker. “One of the things that I really admire and connect with Aditya is how he has had his own journey, his own struggles, his own obstacles … But he held his own with integrity and that’s very essential to me,” she stated.

Arjun Kapoor shuts rumours about his break up with Malaika Arora

Arjun Kapoor and Malaika Arora made the headlines today after there were speculations about their split. It was reported that the couple had parted way recently. However, Arjun took to social media and shunned the rumours with a mirror selfie with his lady love. He captioned the post as, “Ain’t no place for shady rumours. Stay safe. Stay blessed. Wish well for people. Love y’all”.

Sussanne Khan, who has tested positive for COVID-19, revealed how day 3 is treating her. Sharing a selfie on Instagram, she wrote, “Omicron day 3…kicks day 2’s butt. Thank you god.”

Deepika Padukone treated her fans with a new selfie and confessed that she failed at doing a hair flip. But hubby Ranveer Singh dropped some old school love for his wifey as he commented, “Teri zulfon mein khoya rahoon…….” along with heart and kiss emoticon. Needless to say, Ranveer’s comment on Deepika’s post has clearly won hearts. Isn’t it?

Kiara Advani and Sidharth Malhotra have kept their fans guessing about their relationship status since over a year. On Wednesday, they further fuelled rumours as they were snapped leaving Sidharth’s residence in the same car. Meanwhile, fans have been wondering when will they make it official. Check out the video below:

On Tuesday, in a Facebook post, Sutapa revealed that she had tested positive for Covid-19. She disclosed the same while mourning the demise of Irrfan’s aunt who recently passed away in Mumbai. She added that despite being in Mumbai she couldn’t say her last goodbye as she had to quarantine at home.

Selfiee TEASER out: Akshay Kumar and Emraan Hashmi are all smiles

Akshay Kumar and Emraan Hashmi shared a fun teaser of their upcoming project Selfiee with Raj Mehta. Pinkvilla was the first to reveal that Akshay Kumar is returning with filmmaker Raj Mehta on yet another film, which is said to be an edge-of-the-seat drama helmed by Karan Johar.

Pinkvilla had exclusively informed you that Akshay Kumar and Emraan Hashmi are all set to team up on a film with Karan Johar, Raj Mehta and Prithviraj Sukumaran. Now, on Wednesday, Akshay and Emraan dropped a couple of selfies and hinted at the film being titled ‘Selfiee.’

Found myself the perfect #Selfiee partner! Hey @karanjohar , have we slayed this selfie game or what? @emraanhashmi pic.twitter.com/N2YdXrYMCV

The shooting for the Hindi remake of Tamil action thriller Kaithi has finally kicked off today. The Hindi remake stars Ajay Devgn in the lead and the makers announced the title of the film to be ‘Bholaa’ with the muhurat shot.

In October last year, Arjun Kapoor announced his next film, The Lady Killer in a quirky way. Now, the makers have finalised Bhumi Pednekar as the leading lady opposite Arjun. In a recent chat, Bhumi opened up about collaborating with Arjun in the film.

In South Africa, while staying in a bio bubble, Anushka Sharma and Virat Kohli celebrated their daughter Vamika’s first birthday. Anushka shared cute glimpses from the bash with Virat and Vamika. Even Wriddhiman Saha’s wife Romi Mitra shared inside photos from the party. The veteran singer, Lata Mangeshkar, was admitted to Breach Candy Hospital after she tested positive for COVID 19. Now, the doctor has shared a new update that she will be staying in hospital for 10-12 days. As per ANI, “Singer Lata Mangeshkar continues to be in the ICU ward. She will be under observation for 10-12 days. Along with COVID, she is also suffering from pneumonia,” says Dr Pratit Samdhani, who is treating her at Mumbai’s Breach Candy Hospital.”

“Singer Lata Mangeshkar continues to be in the ICU ward. She will be under observation for 10-12 days. Along with COVID, she is also suffering from pneumonia,” says Dr Pratit Samdhani, who is treating her at Mumbai’s Breach Candy Hospital pic.twitter.com/Z0e3KUip4g

On National Youth Day, Ajay Devgn took to social media to pen a heartfelt letter to his 20-year-old-self. In the letter, Ajay spoke about rejections, doubts, criticism and also shared words of advice for his younger self.

The series featuring Tahir Raj Bhasin, Amala Paul, Amrita Puri is all set to release on Voot Select on January 13. Ahead of it, here’s what our reviewer feels about this series.

“Irrespective of whether you are familiar with the lives of Mahesh Bhatt and Parveen Babi or not, the 8-episodes-long series, Ranjish Hi Sahi will make you feel the throes of love and loneliness. Watch it for the earnest performances, and a decent retelling of a tragic real-life love story.”

The trailer for Taapsee Pannu and Tahir Raj Bhasin starrer Looop Lapeta is all set to be launched. The makers have devised a new and unique way for fans to pick the date on which they want to see the trailer out.

Pittsburgh festivals to examine out this spring

Thu Jan 13 , 2022
Did someone say unlimited chocolate and wine? Pittsburgh has you lined. With the new year upon us, it’s time to start off seeking for the up coming legendary competition working experience this spring. So, whether or not you are 21 and in have to have of a night time out […] 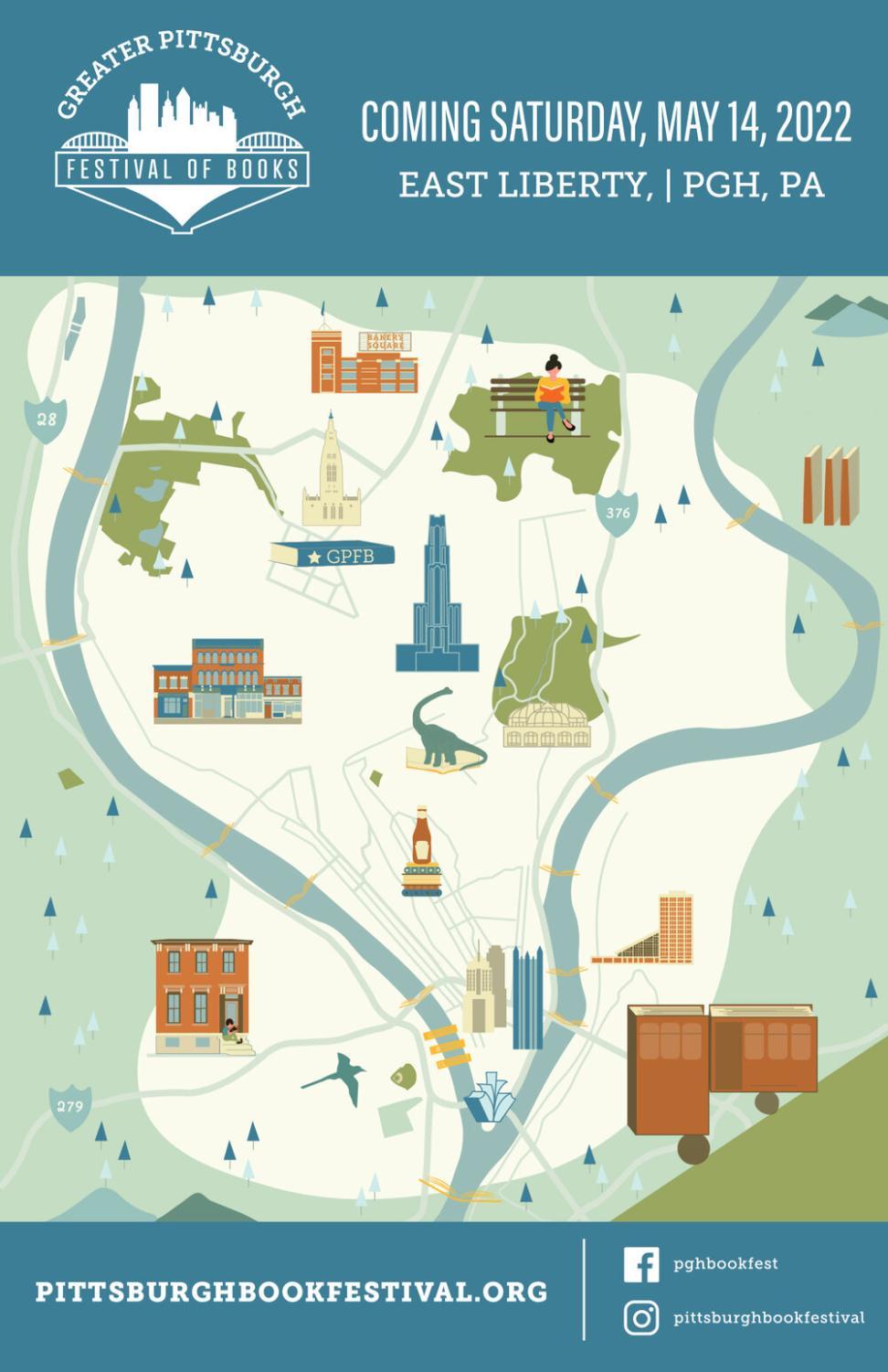 Educating world
We use cookies on our website to give you the most relevant experience by remembering your preferences and repeat visits. By clicking “Accept All”, you consent to the use of ALL the cookies. However, you may visit "Cookie Settings" to provide a controlled consent.
Cookie SettingsAccept All
Manage consent