Claremont Chamber of Commerce hosted their annual Village Venture Arts & Crafts Faire with an abundance of autumn festivities. (Emma Jensen • The Student Life) Oct. 23 was a duller morning than usual for Claremont: overcast, chilly, slight rain. Upon crossing over College Avenue to the Claremont Village, however, where […]

Oct. 23 was a duller morning than usual for Claremont: overcast, chilly, slight rain. Upon crossing over College Avenue to the Claremont Village, however, where a bustling faire came into view, the gloom seemed to lift.

On Saturday, the Claremont Chamber of Commerce hosted its annual Village Venture Arts & Crafts Faire in the Claremont Village. Sprawling across Harvard, Yale and Bonita Avenues and First and Second Streets, the faire boasted more than 300 booths which sold everything from jewelry to organic sponges to holiday decor.

While 2020 would have originally been Village Venture’s 39th year, the Faire took last year off due to COVID-19. This year, however, Claremont bustled with locals and visitors alike as they perused the booths and found a treasure or two.

Aside from the arts and crafts booths, the Faire also included a stretch of 12 food trucks with offerings ranging from shave ice to barbecue to smoothies. For those over 21, a fenced-off, security-guarded area offered six booths in the Beer, Wine and Cider Garden.

The annual Faire always takes place in late October, allowing for some Halloween festivities to take part in the action. At 9:30 a.m., costumed children participated in a Halloween parade led by a marching band, and attendees could drop off and register their pre-carved pumpkins in the pumpkin patch on Yale Avenue to be judged.

Princesses and skeletons went booth to booth as several children continued to sport their costumes even after the parade, and a few adults showed off witch hats and wings too. Between the weather, Halloween decor and trees transitioning to orange, the Village fell into fall.

Randy Lopez, the executive director of the Claremont Chamber of Commerce, appreciated this autumnal scene, as well as the feeling of community after Village Venture’s year off due to COVID-19.

“Today, to have it kind of gray, it feels like fall,” Lopez said. “It’s really nice, and I think that’s part of it today. To see people that are comfortable –– and yes, we are still living in a bit of a pandemic, it’s still here –– but people are outside, so they feel a little bit more comfortable. They’re gathering in groups and families and as a community. It’s amazing.”

Between rounding up businesses to participate, closing off the streets and organizing all the vendors, volunteers and organizations, Village Venture takes a lot of logistical work for the Chamber.

“This event is an arts and crafts fair, but it’s also celebrating our businesses, our nonprofits,” Lopez said. Amidst the artisans, there were also booths for organizations like Pomona Valley Audubon Society, the Democratic Club of Claremont, Inter Valley Health Plan and even the Claremont Colleges.

Village Venture took on a different style of organizing its booths than it had in prior years.

“This year we’re doing it a bit differently: we’re mixing up everyone,” Lopez said. “So as opposed to having a nonprofit section, I really wanted everyone to kind of experience everybody, so you never know what you’re going to see around a corner, what the next shop will be, and that makes it a little more engaging.”

One of the artists at the event was Jenn Watkins, a mixed-media artist from Upland. Familiar with Claremont, Watkins attended Our Lady of the Assumption School on Bonita Avenue. When asked what she likes about Claremont, Watkins said, “Oh gosh, everything. The restaurants, the stores, the people.”

A regular attendee of Village Venture, Watkins got to experience the other side this year, as it was her first time working her own booth. Watkins and her husband sold their art side-by-side: she displayed her abstract, intuitive paintings created using modeling paste and acrylic paint, and he showed off his handmade woodwork.

Watkins lost her job during the pandemic and decided to try her hand at making a business out of her art, a skill she has honed for 12 years now. She has found success with commissions and a solo exhibition back in July, and Village Venture is her first craft fair. “I would totally do this again,” Watkins said.

A fan of arts and crafts fairs, Eloise Burtis PO ’24 attended Village Venture expecting something similar to the weekly farmer’s market in the Village. Instead, Burtis found the event to be much more expansive than she had anticipated, including a wide variety of booths and attendees.

“I liked that [the event] was intergenerational,” Burtis said. “There seemed to be a lot of older people who were really enjoying themselves and seeing their friends, and there were also a ton of little kids dressed up in costumes. It felt like it was a space for everyone, not just a select group of people.”

Amidst the swarms of people, a seven year old violinist put on an impromptu performance on the corner of Yale Avenue and Second Street; her chinrest lay just below the glittery Halloween face paint on her cheek. Passerbys left change in her violin case, and in turn they were left with smiles on their faces.

The moment recalled a reflection of Lopez’s: “It’s kind of a nice, really idyllic community event.”

When crossing back over College Avenue towards campus after the faire, the gloom of earlier felt far away, and not just because some blue sky had begun to peek through the clouds.

What Entertainment Lawyers Do, According To John Branca Attorney

Mon Nov 1 , 2021
If you have ever heard about entertainment lawyers and then wondered what they do, you are not alone. As it turns out, many people do not have a clear idea about what these professionals do. For a better idea, consider what John Branca Age had to say in a recent […] 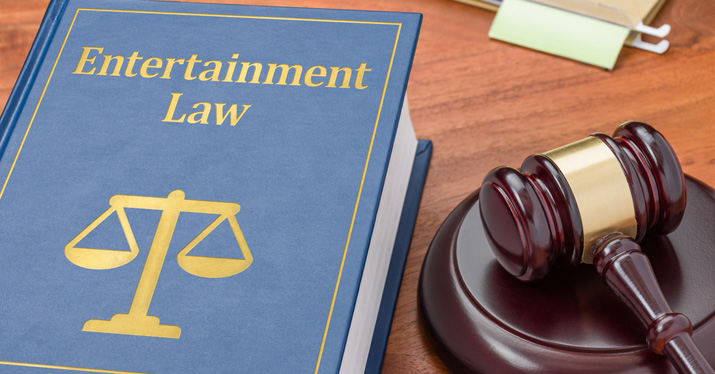