“So much wasted time to only embarrass and humiliate me and I guess it seems odd to most now why I don’t even do my music anymore… After what I’ve been through, I’m scared of people and the business.”

Britney Spears is publicly reflecting on the reason behind her yearslong hiatus from music, and it has everything to do with the lack of creative freedom she had under her conservatorship.

If you didn’t know, Spears last performed live on Oct. 21, 2018, as part of her Piece of Me tour. At the time, she was still under a conservatorship; the restrictive legal arrangement was terminated last month after 13 years.

In June this year, the pop star spoke out against the conservatorship during an emotional court hearing, calling its terms “abusive” and likening her experience being forced to work against her will to “sex trafficking.”

Spears also publicly denounced her father Jamie — who controlled her life and finances as her conservator — at the hearing, as well as her mother Lynne and sister Jamie Lynne, who she said did “nothing” to help her while she struggled.

And ever since the testimony, Spears — who announced an “indefinite work hiatus” after her Vegas residency in 2018 — has continued to publicly reflect on the hardships she faced during the legal arrangement, revealing back in July that she spent years “begging” for some creative control in her shows.

“I’m not gonna put on heavy makeup and try try try on stage again and not be able to do the real deal with remixes of my songs for years and begging to put my new music in my show for MY fans … so I quit !!!! I don’t like that my sister showed up at an awards show and performed MY SONGS to remixes,” Spears shared in July.

Now, in a new Instagram post shared this week, Spears has opened up further about having her creative freedom denied while under the conservatorship and the lasting impact it’s had on her.

“I chose the fake denial ‘everything’s totally fine’ approach because I didn’t want to cause conflict. I was NICE, FAKE and I was absolutely screaming inside,” Spears wrote, alongside a series of quotes about faithfulness.

“I asked for 13 years to perform new songs and remixes of my old songs,” she continued. “I had two months off in between each show settings for four years in Vegas … and every time I asked I was told ‘No.’

“It was a set up to make me fail yet I knew exactly what I wanted my [fans] to see and it didn’t make sense how network television shows are showcasing my music with remixes of all of my music … yet the person who owns the music is told no,” she added. “They even gave remixes to my sister but why was I always told no?”

The “Toxic” singer went on to discuss her hiatus in more detail, revealing that she’d only shared “the surface issues.”

“So much wasted time to only embarrass and humiliate me and I guess it seems odd to most now why I don’t even do my music anymore,” she wrote.

“People have no idea the awful things that were done to me personally… and after what I’ve been through, I’m scared of people and the business,” Spears admitted. “They really hurt me. Not doing my music anymore is my way of saying ‘Fuck You’ in a sense when it only actually benefits my family by ignoring my real work… it’s like I’ve subconsciously let them win.”

Spears’ nod toward her hiatus and music comes just days after she teased a “new song in the works” in a post that left fans excited.

Sharing a video of herself belting out her vocals on Dec. 22, Spears noted in the caption, “Pssss new song in the works … I’m gonna let you know what I mean” alongside a winking emoji.

In the same caption, which has since been deleted, Spears quoted her successes while slamming her family.

“Yes … I will be my own cheerleader … why ???? I’m here to remind my white ‘classy’ family that I haven’t forgotten what they did to me nor will I ever forget,” she wrote, while noting that she’s a “multi-platinum, Grammy Award-winning pop icon” with “nearly 100 million records sold worldwide.”

“I obviously have serious insecurities,” she wrote, “otherwise I wouldn’t have acted like an obnoxious 8 year old last week defending myself with accomplishments.

“Honestly my family embarrassed me and hurt me deeply… so tooting my own horn and seeing my past accomplishments reflecting back at me actually helped,” she added.

The Matrix Resurrections spoilers: A movie actually “about trauma”

Thu Dec 30 , 2021
Spoilers for The Matrix Resurrections follow. Proceed with caution! Thomas Anderson’s world is unraveling before his very eyes. He knows that he put a lot of himself into Neo, the protagonist of his groundbreaking Matrix trilogy of video games, but he’s started to think that the stories of those games […] 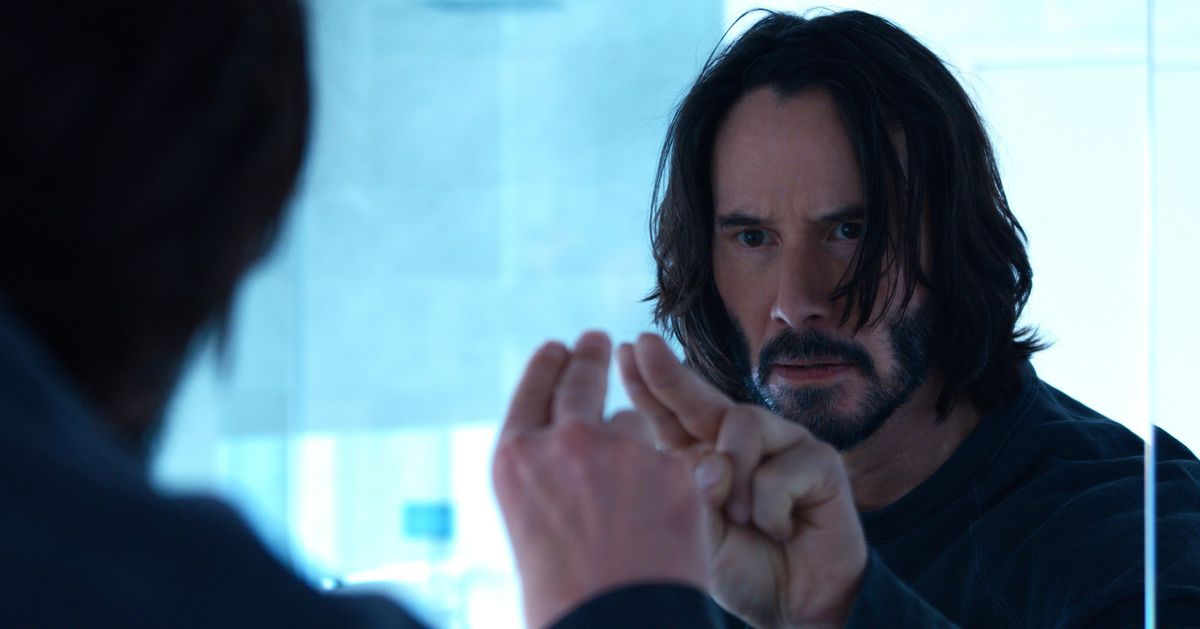