Christmas season is in full swing, and with it, the annual feast of all things yuletide-themed and appropriately festive on streaming. Christmas is a holiday that’s inspired a wealth of enduring comedies about the value of family, community, love, and selflessness during the darkest and coldest time of the year. It’s also spawned no shortage of films that push at the boundaries of those well-worn tropes, twisting their holly jolly exterior inside out into cerebral and occasionally macabre stories that probe at the very darkness the holiday is meant to fend off.

In the spirit of the season and all its incarnations, we’ve pulled together a list of treasured classics and eclectic oddities for audiences to watch in the lead up to Christmas. Like Santa’s big ’ol toy sack, there’s something here for everyone! Here are 10 of the best Christmas movies available to stream on Netflix, Amazon Prime, HBO Max, Disney Plus, and more!

If you’re looking for 100 percent confectionary fluff (and aren’t pumping Hallmark’s Christmas schedule directly into your veins), give this so-much-better-than-you-think-it’ll-be Netflix Original a whirl. Amber (iZombie’s Rose McIver) plays a journalist sent to the made-up land of Aldovia the royal passing-of-the-torch to bad boy bachelor Prince Richard (Ben Lamb). Amber winds up going undercover in the castle to get all the scoops, but … she gets in too deep! The magic of the Christmas season makes everything too romantic, and awwww, you know the rest.

A Christmas Prince is available to stream on Netflix.

Is Batman Returns a superhero movie that happens to take place around Christmas, or a gothic Christmas film that happens to have superheroes and villains in it? In any case, Tim Burton’s 1992 follow-up to the original Batman is an awesome film filled with cool visuals, exciting action sequences, attempted murder, and a nail-biting finale centered around kidnapped babies, a bat-shaped boat, and an army of rocket-strapped kamikaze penguins. It’s also a story about two strange people who find comfort in each other’s strangeness, an orphan who grows up seek revenge against the parents and society that shunned him, and a nefarious industrialist looking to make a quick buck at any cost. Though it may test the limits of what you might consider a “Christmas movie,” Batman Returns is a fantastic seasonal watch and a fun weird film for the whole family.

Batman Returns is available to stream on HBO Max.

Better Watch Out feels like a reaction piece 26 years removed from the original Home Alone. The latter is a family comedy film whose premise could’ve easily been played out like a home invasion horror movie, if not for the plucky Ferris Bueller-esque charisma of Macaulay Culkin and the dopey oafishness of Joe Pesci and Daniel Stern. Better Watch Out inverts that dynamic, introducing inventive twists and turns that take the unspoken horror story at the heart of that aforementioned film and transforms it into something way darker and more disturbing. This is a not feel good Christmas story; this is a psychological horror movie that plays with the idea of whether or not the behaviors of a kid like Kevin McCallister could be considers a sign of latent sociopathy. To say any more would risk spoiling the film, but rest assured: Better Watch Out is an engrossing holiday horror drama if you have the stomach for its occasionally gory thrills.

Better Watch Out is available to stream on Amazon Prime.

If you’re looking for a straightforward, tinsel-lined horror movie, you can’t do better than Bob Clark’s Canadian slasher flick. (Apologies to Jack Frost, the serial-killer snowman movie — Black Christmas is just better!) Originally released in the U.S. as Silent Night, Evil Night, the low-budget horror movie crackles like a warm fire blown by a chilly gust of wind. Clark uses shadows and lurking horrors to turn a sorority house into a something ripped from a Shirley Jackson paperback cover, and while the transgressions within don’t find too much inspiration in Christmas iconography, there is a “wrapping job” that will leave you gasping.

Black Christmas is available to stream on Criterion Channel.

If you haven’t seen It’s a Wonderful Life or if it’s just been awhile, then you might not know how the film, from intro to credits, is unapologetically weird and transgressive. All that Christmas Carol-esque stuff in which an “angel” shows George Bailey (James Stewart) what his town would have looked like had he never existed is just a fraction of the film. It’s preceded by 30 years of Bailey’s life, punctuated by the Great Depression and World War II. And that helpful angel? He and his “boss” are introduced as sentient cosmic dust. The film is a holiday cobbler stuffed with bits of Charles Dickens, Rod Serling, and Billy Wilder. Don’t let its reputation as sappy holiday detritus get in the way you enjoying of an exceptional film — Christmas or otherwise.

It’s a Wonderful Life is available to stream on Amazon Prime.

Jingle All The Way

What’s more Christmas-y than a story of a loving parent going to whatever lengths necessary to preserve their child’s happiness? ’80s action icon Arnold Schwarzenegger, in a patently bizarre turn of reverse-typecasting, stars in Jingle All The Way as Howard Langston, a mattress salesman whose workaholic attitude comes at the cost of his duties as a family man and father. Desperate to fulfill his son’s Christmas wish, Howard embarks on a search for a Turbo Man action figure. Problem is: it’s Christmas Eve and they’re all but entirely sold out. Complicating his mission is Myron (Sinbad), a postal worker and fellow negligent father who shares the same goal. Jingle All The Way is a Christmas comedy that focuses on the exasperation and escalating stakes between Howard and Myron amid a gauntlet of ruthless holiday shoppers and a Jetpack-enabled finale. If that doesn’t scream “Christmas” to you, I don’t know what does.

Jingle All The Way is available to stream on Disney Plus, Amazon Prime, and Hulu.

I had never seen National Lampoon’s Christmas Vacation until a few years ago when a friend of mine, aghast in utter disbelief at this fact, finally forced me to sit down and watch it with them. I understand now why my friend was so shocked: It’s an hilarious comedy, so hilarious in fact that I’m surprised I hadn’t seen it sooner. Chevy Chase is pitch-perfect in the role of Clark Griswold, a salaryman and put-upon father at his wit’s end trying to pull off the perfect family Christmas celebration. As each of his carefully-laid plans either hits a snag or utterly falls apart, so too does Clark’s disposition; transforming from a mild-mannered family man into a living powder keg of seething rage barely holding it together under a façade of holiday cheer. At least he’s got a Christmas bonus coming up, right?

The Nightmare Before Christmas

Christmas movie? Halloween movie? Split the difference: Tim Burton and stop-motion animator Henry Selick’s macabre holiday musical is the perfect Thanksgiving movie. The story of Jack Skellington figuring out how to stay in his holiday lane is still a quirky sight to see, with lots of strange details packed into the every frame. If you’ve seen this one too many times, fall down the YouTube rabbit hole of Danny Elfman performing the soundtrack live.

The Nightmare Before Christmas is available to stream on Disney Plus.

The Santa Clause is a classic Christmas comedy, one that offers a whimsical (albeit slightly macabre) answer for how ‘ol Kris Kringle is such a perennial symbol of the holiday despite ostensibly being a bajillion years old. Tim Allen stars as Scott Calvin, a divorced father and toy salesman who, in a Highlander-esque twist of fate, accidentally kills Santa Clause and subsequently becomes the next man in line to hold his title and responsibilities. Through the struggle of coming to grips with his new identity while trying to convince others of his new role, Scott grows as both a person and as a father; learning the true meaning of Christmas through the firsthand embodiment of one of its most central figures. It’s heartwarming and hilarious in a way that’s stood the test of time and a feel good Christmas movie for the whole family.

The Santa Clause is available to stream on Disney Plus.

White Christmas deserves the biggest and best screen in your home. Director Michael Curtiz shot the 1954 musical in VistaVision, the high resolution format of its era, and the impact of the decision shows in the modern restoration, a presentation as rich with color and detail as any modern action flick. A huge TV flatters the classic sets and elaborate dance numbers and even though the audio is mono, a nice set of headphones or speakers elevates its classic songs, belted by Christmas music legends Bing Crosby and Rosemary Clooney. One humongous asterisk: the film does away with the explicitly racist blackface number of its predecessor, Holiday Inn, however it still includes an entire routine dedicated to the joys of a minstrel show. Be prepared to explain the horrific context to younger family members and fend off complaints of sensitivity from any ghoulish relatives.

White Christmas is available to stream on Netflix.

Mon Dec 13 , 2021
Dayton.com and the Dayton Daily News annually host the voting for Best of Dayton to celebrate the longtime favorites and new selections for eating, drinking, shopping and living life in the region. This year, we had 100 contests and more than 277,000 votes. Here are the winners and placers in […] 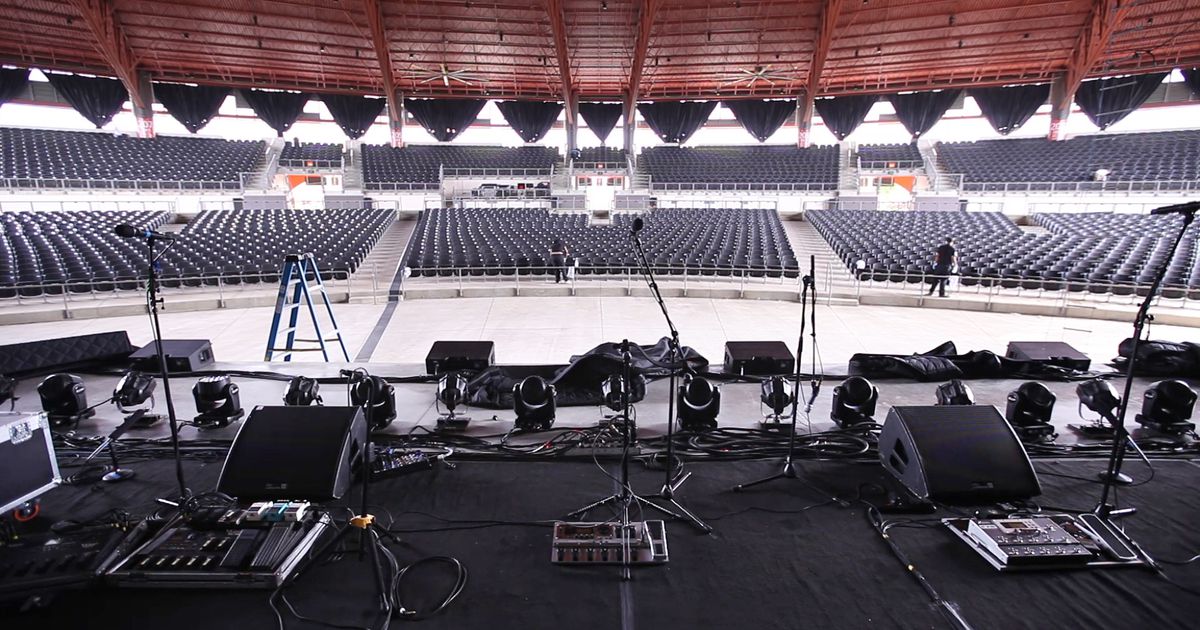